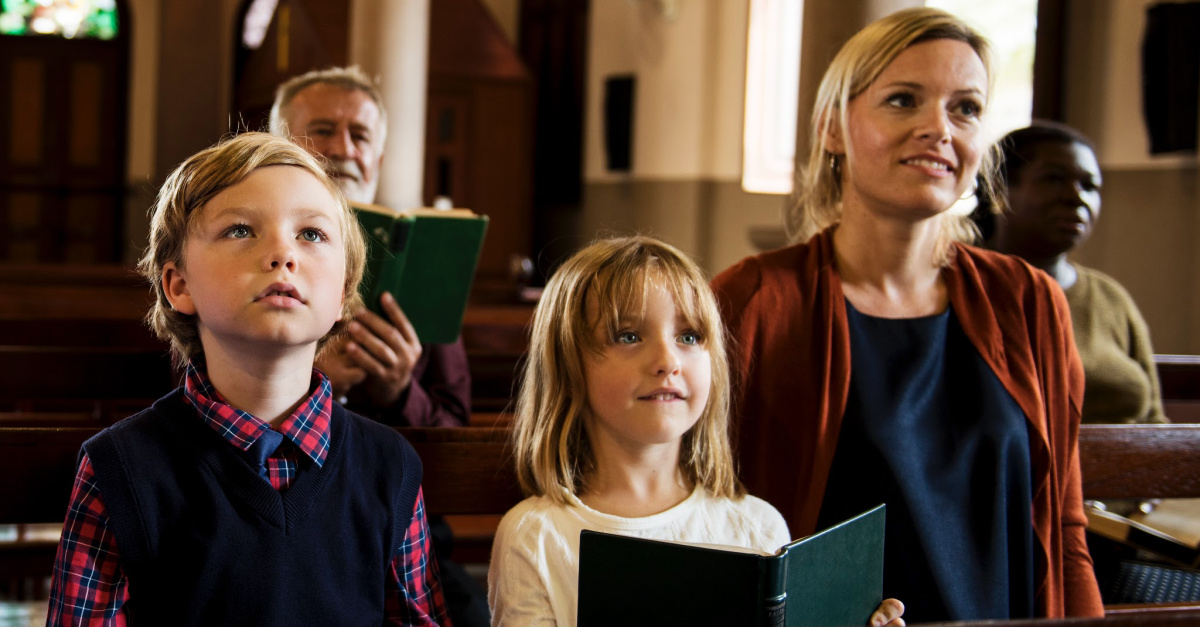 You may find this surprising, but until very recently there were no significant studies from the social sciences on how parents can best pass their faith on to the next generation. We knew that parents mattered. We knew that the Church mattered. But what was it about parents and churches that mattered? That wasn’t so clear.

Now we know, thanks to a new national study of religious parents in the United States, conducted under the leadership of sociologist Christian Smith, a professor of sociology at Notre Dame. Drawing from new empirical evidence from more than 230 in-depth interviews, as well as data from three nationally representative surveys, there was one significant headline and a number of important secondary findings.

The Role That Parent's Play

Interestingly, parents play the leading role in shaping the character of their religious and spiritual lives even well after they leave home and often for the rest of their lives. A lot of parents believe that they lose most of their influence over their children around the early teen years. And to be sure, more than a few teens act as though their parents no longer matter much to their lives. But according to the sweeping research of Smith and his team, that’s a cultural illusion that is not supported by the sociological facts. The truth is that the influence of parents on children while they still live at home – including their influence on their religious identities, beliefs, and practices – is paramount, lasting for years, decades, and often lifetimes.

So again, the best general prediction of what anyone is like religiously is what their parents were like religiously when they were growing up. (At least in the United States, but it’s highly likely the same findings would be found throughout at least the Western world.)

So what were some of the secondary findings? Here were four that stood out to me:

4 More Findings on How Parents' Faith Impact Their Children

1. Crucial to the parental transmission of faith to children is having warm, affirming relations with the child. As a parent, you can be heavily invested in, and intentional about, passing on your faith to your child, but if you have an emotionally distant or critical relationship with your child, your efforts will likely fail.

This was a very strong finding.

Parents talking with their children at home during the week was even more strongly associated with positive faith outcomes in that child than either a personal increase in the importance of faith in the parent or more frequent religious service attendance—even though both were, themselves, found to be significant.

Smith gives an interesting analogy about this. He said it’s like sending your child to a weekly meeting about some foreign land where parents once lived, where the child merely listens to others speak in a foreign language. Even after years of that, most children will still not be able to speak more than a few words of the language. But parents who routinely talk with their kids about faith throughout the week, it’s like those who send their children to regular classes where everyone speaks a second language from day one and learns through practice to converse in it.

3. The most effective parent conversations about faith with children are children-centered rather than parent-centered. In other words, the children are asking the questions and being allowed to talk while parents are staying more on the listening end. You allow the questions about religion to be their questions and related to their life. When parents talk too much, make demands without explanations, force unwanted conversations, restrict discussions to topics that they control, faith transmission is likely to not only be ineffective, but counterproductive.

4. The role of fathers is particularly crucial. While both parents matter significantly, the role of fathers was found to be particularly crucial—meaning dads have outsized influence and, as a result, a very clear responsibility regarding faith and the family. As in leading and participating and engaging conversations about faith with their child.

Many of the other findings were to be expected: parents who share the same faith and practice are more effective in socializing their children in that religion than parents who differ; two-parent households are most effective in transmitting religious faith and practice to children as opposed to parents who are unmarried, separated, or divorced; grandparents are influential in shaping the lives of their grandchildren; faith is optimally passed on when parents are intentional, consistent, and actively engaged, but neither hands-off nor overbearing; parental consistency in word and deed, rules, and meaningful intentions affects the success of religious transmission.

But don’t miss the headline finding: Where you are at with Christ is more than likely where your child will be with Christ.

Sources
Christian Smith and Amy Adamczyk, Handing Down the Faith: How Parents Pass Their Religion on to the Next Generation (Oxford Press).

James Emery White is the founding and senior pastor of Mecklenburg Community Church in Charlotte, NC, and the ranked adjunct professor of theology and culture at Gordon-Conwell Theological Seminary, where he also served as their fourth president. His latest book After “I Believe” is now available on Amazon or your favorite bookseller. To enjoy a free subscription to the Church & Culture blog, visit ChurchAndCulture.org, where you can view past blogs in our archive and read the latest church and culture news from around the world. Follow Dr. White on Twitter, Facebook and Instagram @JamesEmeryWhite.

This content first appeared on Crosswalk.com and is used here with permission. To view the original visit: https://www.crosswalk.com/blogs/dr-james-emery-white/handing-down-the-faith.html