You don’t have to be an avid comic book reader or die-hard movie fan to know these names. Their faces are all over billboards and movie posters. You’ve probably even handed out candy to mini versions of them wandering your neighborhood or church parking lot every Halloween.

With their iconic powers and colorful costumes, they are the superheroes of pop culture and the heroes our young men and young men at heart often admire.

The creation of fictional heroes and our admiration of pretend superheroes is not a new phenomenon by any means.

Even before the Avengers took over movie screens, many of us grew up pretending to be Ninja Turtles, Power Rangers, and Transformers, just as generations before pretended to be Han Solo, Indiana Jones, Captain Kirk, and the Lone Ranger.

According to Joseph Campbell, American Professor of Literature and author of The Power of Myth, “Shakespeare said that art is a mirror held up to nature. And that’s what it is. The nature is your nature, and all of these wonderful poetic images of mythology are referring to something in you.”

If anything, our modern superheroes have become our modern mythology, as the stories we tell and the heroes we admire often reflect what we value and aspire to be as a society and even as men.

But what is it about superheroes we actually admire, and why do we tend to admire pretend superheroes more than real men? 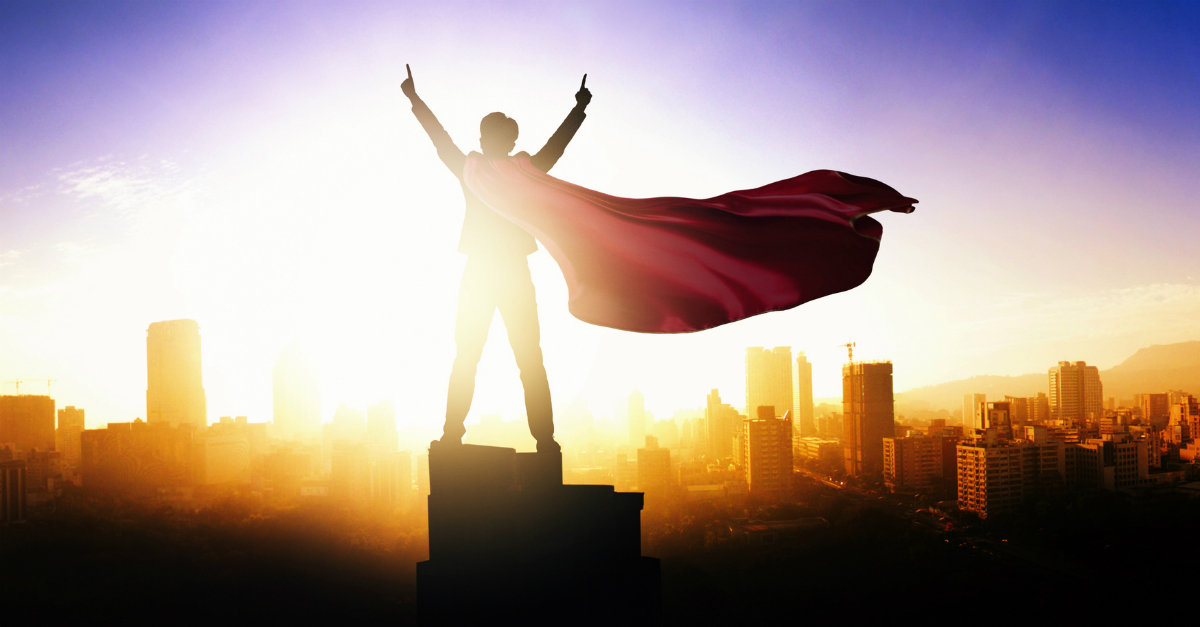 Whether Hercules or the Hulk, there is the obvious ‘wow factor’ created by the physical attributes of our pretend superheroes. They can be super-strong, super-fast, or super-smart. They can fly, leap tall buildings in a single bound, see through walls, and shoot webs. We admire them because they defy human limitations and do things most of us can only dream of. And who wouldn’t want the ability to teleport, stretch, or smash through walls?

On a more grounded level, this is also why we tend to admire professional athletes. They may not run faster than a speeding bullet, but Jesse Owens and Usain Bolt can still run like lightning. They may not be as strong as the Hulk, but Marshawn Lynch, Emmitt Smith, and Jerome Bettis aka “The Bus” could smash through a brick wall to get to the endzone. And while he didn’t have a cape or x-ray vision, Michael Jordan could defy gravity with his legendary dunks. Growing up, it’s why we all wanted to be “like Mike.”

When it comes to superheroes, however, as much as we want to fly like Superman, swim like Aquaman, or run like the Flash, it’s much harder to imitate the superhuman attributes of the Man of Steel, Human Torch, or friendly neighborhood Spider-Man. We’ve always admired strength, speed, endurance, agility, and intelligence in others, but there is more to our admiration of supermen and even real men than just being strong or fast.

Excellence encourages admiration, which often leads to aspiration and eventually imitation. This is true of superheroes and athletes but also artists, leaders, and even men of God.

Physical abilities and special powers may make a fictional character super; but it’s their character and actions that make them heroic.

2. A Superhero’s Character is Worth More than Their Power

In Sam Raimi’s Spider-Man (2002), Uncle Ben tells Peter that, “with great power comes great responsibility.” These words would become Peter’s guiding light for the rest of his life. They also remind us what makes a real man heroic. They’re also echoed in Luke 12:48.

We would not connect with Captain America if he was a merciless killer. We would not cheer for Spider-Man if he used his webslingers to torment or steal from his classmates.

Superpowers don’t make someone a hero if that person misuses or abuses them. Talented jerks are just that, talented jerks. We see this all the time in sports stars and celebrities.

We admire talent and often treat it like a superpower because it’s the highest version of what we aspire to achieve and be ourselves. However, we will likely always admire character more. And beyond their physical superpowers, superheroes are seen as heroes because they model many of the traits we value and promote in real men already: respect, hard-work, courage, sacrifice, persistence, empathy, and responsibility.

Superheroes represent the character attributes we’ve already identified as admirable. They just represent the more extreme versions of those traits.

True, noble, right, pure, lovely, admirable, excellent, praiseworthy? How many of these qualities can be used to describe our favorite superheroes?

If boys and young men are encouraged and inspired to become more selfless, kind, courageous, and considerate from watching their favorite superheroes, those characters are probably doing something right in our world.

But these qualities aren’t just found in superheroes. They are found in real men too. So what’s the difference? 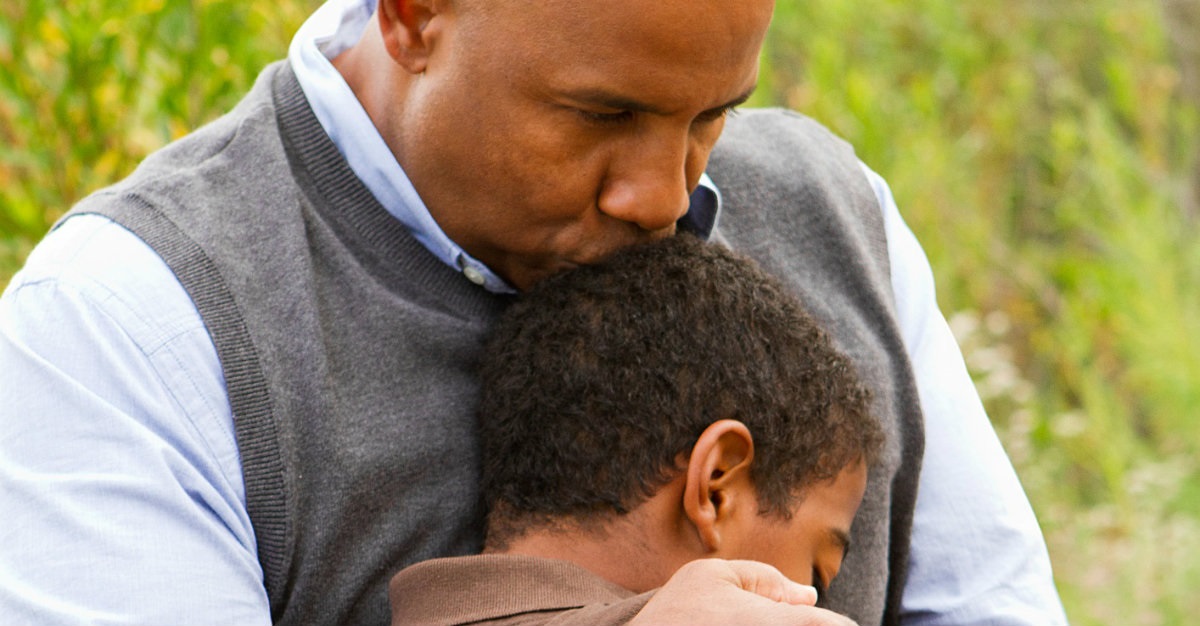 3. We Do Admire Real Men, We Just See More of Their Flaws

Conflict is the bread and butter of stories, comic books, and blockbuster movies. These are places we go to be entertained by extreme spectacle we don’t often experience in real life.

But true character is forged and revealed under extreme pressure, and this isn’t exclusive to pretend superheroes. Throughout history, men like George Washington, William Wallace, Nelson Mandela, and Martin Luther King Jr. also became folk heroes and legends because the world stage had been set and they had the courage to rise to the occasion.

Unfortunately (or fortunately), most real men aren’t thrust into the spotlight of a cosmic showdown and don’t carry the fate of the galaxy on their shoulders.

Most real men will never step onto the stage of a nationally televised championship game or become the hero of a global conflict either.

This doesn’t make the average man any less heroic, less admirable, or less of a man. Their goodness, courage, responsibility, and leadership are just revealed in the everyday moments of life, the ones we often overlook because they aren’t as flashy, superpowered, or televised.

After all nothing is more extreme, eye-catching, or spectacular than a showdown between our favorite superpowered hero and a cosmic villain, hellbent on destroying the world.

If given the chance, however, many of the real men in our lives would rise to the occasion. Many already do. With superheroes, we only get a focused snapshot of their biggest and best moments of life. On the flip side, we tend to see real men at their best and worst, their strongest and weakest, and sometimes even their most human and mundane.

Their actions are just as heroic, but not always as spectacular.

In the end, while pretend superheroes model the character traits we admire and aspire to, it’s real men who teach us how to put them into practice.

In our faith, Jesus Christ set the ultimate example (John 13:15). He puts godly men in our lives for the same reason. As the apostle Paul wrote, “join in following my example, and observe those who walk according to the pattern you have in us” (Philippians 3:17). The author of Hebrews also wrote, “remember your leaders, who spoke the word of God to you. Consider the outcome of their way of life and imitate their faith.” (Hebrews 13:7)

Superheroes may impress and inspire us from afar, but it’s the real men in our lives who impact us up close. Real men are the ones who teach, disciple, invest in, and equip us to become better men of God through their example, guidance, and prayer.

No superhero, no matter how powerful they are, can do what real men can do.

Real men may not wear uniforms, though some do. They may not save the world, though some will. But whether superpowered or Christ-empowered, they are just as heroic, courageous, responsible, and admirable as any pretend superhero because they teach us how to do the right thing when no one is watching, when the stage is big, and especially when it is small.

You don’t need superpowers to do the right thing. And we learn that from the men in our lives, not just the Avengers or members of The Justice League.

Joel Ryan is an LA-based children’s and young adult author who teaches writing at Life Pacific University. To him, teens and young adults are the most incredible people on the planet, and he is passionate about fueling their passion for the Lord through story and the arts. In his blog, Perspectives Off the Page, Joel discusses all things writing, the creative process, and what makes movies, comic books and great stories so impactful.

Joel Ryan is an LA-based children’s and young adult author who teaches writing at Life Pacific University. Joel is passionate about fueling young people’s passion for the Lord through storytelling and the arts. In his blog, Perspectives Off the Page, he discusses all things writing, the creative process, and what makes movies, comic books, and great stories so impactful.

This content first appeared on Crosswalk.com and is used here with permission. To view the original visit: https://www.crosswalk.com/faith/men/why-do-we-admire-pretend-superheroes-instead-of-real-men.html