$64 helps a child with lifesaving resources

If you’re not moving forward in your relationship with Jesus Christ, you’re naturally going backward. You’re either progressing or regressing, but there’s no standing still in the Christian life.

There’s a Christianese word that we often use to describe the regression that people experience in their Christian walk. It’s the word backslide.

Jeremiah used the term to describe how God’s people had “slidden back…in a perpetual backslide. They hold fast to deceit, they refuse to return” (Jeremiah 8:5 NKJV). And Proverbs 14:14 says that “the backslider in heart will be filled with his own ways” (NKJV). A backslider is someone who has drifted from the Lord, whose focus has moved from God to self.

The Bible also uses the terms falling away and apostasy to describe turning away from the faith and heading in the wrong direction.

One of the signs of the last days, according to 1 Timothy 4:1, is that some would fall away from the faith. In that verse, Paul tells us, “The Spirit clearly says that in later times some will abandon the faith and follow deceiving spirits and things taught by demons” (NIV).

Passages like this alarm us because we think, "Am I next? Am I going to abandon my faith?” How do we make sure to never stumble or—even worse—fall away?

It Starts with Believing that Scripture is the Word of God

There’s an old hymn that says, “Prone to wander, Lord, I feel it. Prone to leave the one I love…” There’s a tendency in all of us to regress if we don’t recognize and do something about it.

But first, we have to recognize it.

One way you know you’re going in the wrong direction is when you challenge Scripture. By that I mean, you might come to a verse and say, “Well, I don’t like what that verse says because I’ve chosen to live another way and I don’t want to do that (or stop doing that).”

Someone once asked me a few years ago, “If you come to a passage in the Bible you don’t agree with, what do you do? My answer was (and still is), “Change your opinion. You’re wrong.”

We don’t adapt the Bible to our lifestyle; we adapt our lifestyle to the Bible. We must understand that it is God’s inspired Word, which He has given to us for protection, for guidance, for correction, and for knowledge of who He is. God’s Word trumps our opinions. 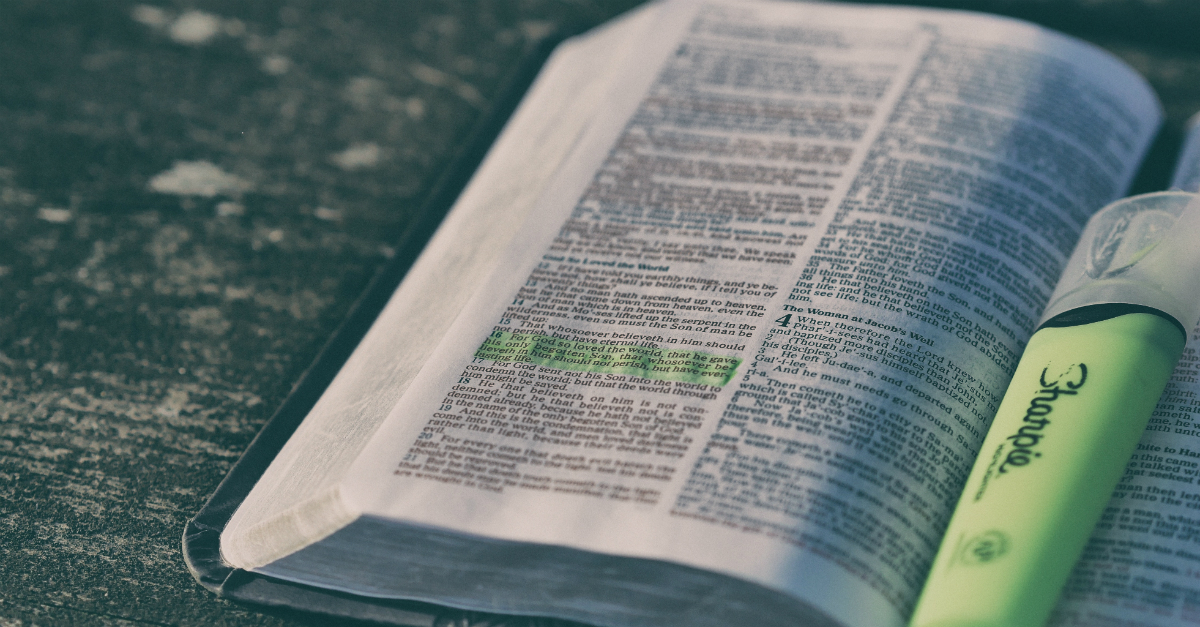 We must keep and guard the Word of God in our hearts. This principle goes back to the temptation of Adam and Eve in the Garden of Eden. The devil came to Eve, and what did he ask her? He said, “Did God really say what you thought He said? No. You can eat of any tree, including this one right here, because in the day you eat of it, you will become like God, knowing good and evil.”

That snake the devil was basically saying, “Eve, check it out…you’ll be a goddess, girl! Forget what God said. God doesn’t know what He’s talking about. Listen to me. You can trussssssst me.” Adam and Eve did trust him, and we’re all paying the price because of it. Humankind’s fall began with a veering away from God’s Word.

David, the man after God’s own heart, sinned big time, and he described the way he felt about it in Psalm 32, where he said, “When I refused to confess my sin, my body wasted away, and I groaned all day long. Day and night your hand of discipline was heavy on me. My strength evaporated like water in the summer heat. Finally, I confessed all my sins to you and stopped trying to hide my guilt. I said to myself, ‘I will confess my rebellion to the Lord.’ And you forgave me! All my guilt is gone” (Psalm32:3–5 NLT).

God’s Word Is the Way Forward

If you want to be a growing Christian, a Christian who is moving forward, you must read, study, and love God’s Word. Scripture is filled with admonitions to know and obey His commandments.

Oh how I love your instructions, I think about them all day long! (Psalm 119:97 NLT)

This Book of the Law shall not depart from your mouth, but you shall meditate in it day and night, that you may observe to do according to all that is written in it. For then you will make your way prosperous, and then you will have good success. (Joshua 1:8 NKJV)

See how I love your commandments, LORD. Give back my life because of your unfailing love. All your words are true; all your just laws will stand forever. (Psalm 119:159–160 NLT)

You should read the Bible as if your life depended on it—because it does! 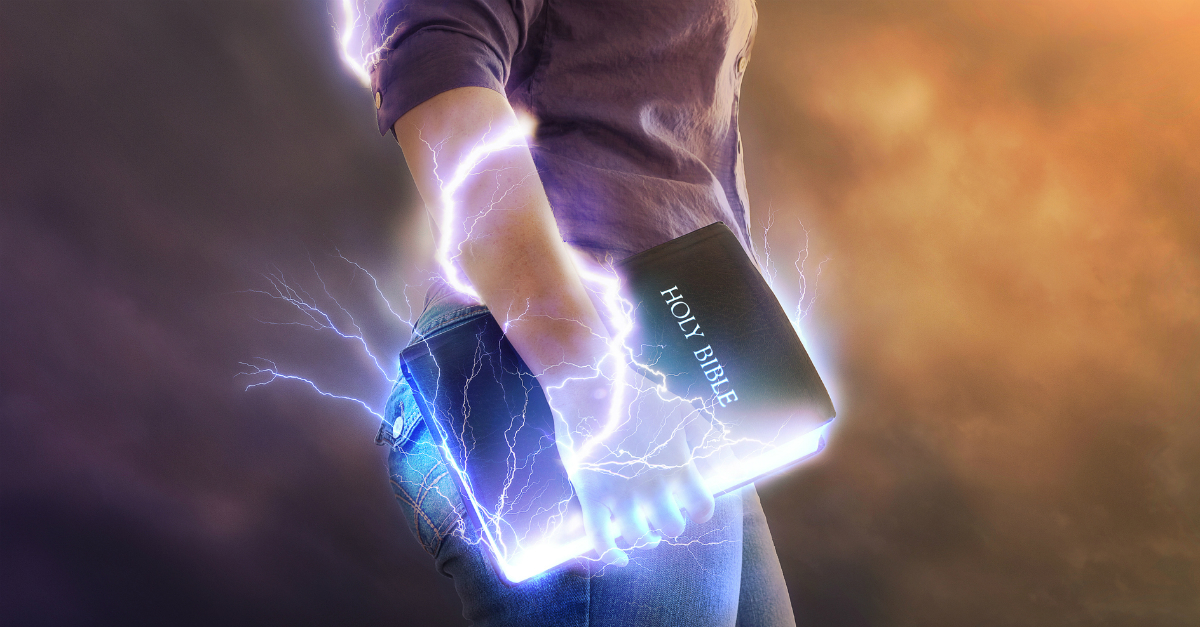 Scripture Can Help You Battle Doubt

One of the reasons we study and memorize the Scriptures is to combat doubt and resist temptation. Again, when Satan attacked Eve in the Garden of Eden, his tactic was to cause doubt in her mind: “Did God really say what you thought He said?” That’s why it’s important to study and internalize and really know the Word of God—so you can combat the devil’s enticements.

Jesus modeled the correct way to answer the temptations of the enemy. There in the wilderness, each time Satan came at Him, Jesus responded with Gods’ Word, saying, “It is written...”

When Satan tempted Him to turn the rocks into bread, Jesus answered, “It is written: ‘Man does not live on bread alone.’” (Matthew 4:4)

When Satan told Him to jump off the pinnacle of the temple, Jesus answered, “It is written, ‘You shall not tempt the Lord your God.’” (Matthew 4:7)

When Satan offered Him all of the kingdoms of the world, Jesus replied, “It is written, ‘You shall worship the Lord your God, and Him only shall you serve.’” (Matthew 4:8)

This is why Ephesians 6 calls God’s Word the sword of the Spirit. It is our weapon against the enemy.

Many years ago, a young man named Billy Sunday received Jesus Christ as his Savior. An older believer gave him some advice that he never forgot. He said, “William, there are three simple rules I wish you’d practice. If you do, no one will ever write ‘backslider’ after your name: Take 15 minutes each day to let God talk to you. Allow 15 minutes to talk to Him. And then spend 15 minutes telling others about the Savior.”

It comes down to this: are we taking God at His word?

Pastor Greg Laurie serves as the senior pastor of Harvest Christian Fellowship, which has campuses in Southern California and Hawaii. He is the author of more than 70 books, hosts the nationally syndicated radio broadcast A New Beginning, and is the founder of Harvest Crusades, large-scale evangelistic events attended by millions of individuals worldwide. Learn more at Harvest.org.

This content first appeared on Crosswalk.com and is used here with permission. To view the original visit: https://www.crosswalk.com/faith/spiritual-life/how-to-never-fall-away-from-the-faith.html

When I kept silent about my sin, my body wasted away through my groaning all day long (Ps. 32:3). Instead of dread, I can now face the Powerful Judge with peace.