“So God created man in his own image, in the image of God he created him; male and female he created them.’” – Genesis 1:27

This article should be read in conjunction with Genesis 1-3.

Into a void God spoke. Nothing became something as He designed a world blanketed in lush and colorful vegetation, the sky above a perpetual canvas upon which colors shift and fade and morph. He called forth the animal kingdom in a flurry of crawling, sprinting, and gliding motion.

It was indeed good. Yet, for all the magnificence of this new world, it was still incomplete – a head still wanting for its crown.

God formed Adam from the dust and Eve from Adam’s rib, they the only portion of creation to wear God’s very likeness and be endowed with dominion and stewardship over the earth. This world, with Adam and Even in it, was very good.

In great generosity God gave us the thousand-foot view of creation in Genesis 1, and yet in tremendous grace He narrowed His focus in giving us Genesis 2.

In this second chapter, He allowed for the retelling of day six, the creation of man and woman, in much greater detail. We learn that Adam was not spoken into being, but was formed from the dust and that God breathed life into his lungs. It is easy assume that Eve came quickly on the heels of Adam’s creation, but not so fast.

God had more to give Adam before giving him Eve.

Before God created Eve, God gave to Adam instruction for keeping the earth. In this God demonstrated that Adam was not only made in the image of God, but would operate out of that image also. Though God is the ultimate authority and ruler over creation, He bequeathed to Adam a portion of His rule.

While Adam was given some authority, he was under the final authority of God. He would be a good ruler when He ruled under God’s good instruction.

As Adam’s first task in his new role, God gave him the responsibility of naming each of the animals. He must have felt acute loneliness when he saw that there was none like him amongst all of creation.

God saw that Adam’s lack of companionship was not good, and so He took from Adam’s rib and made Eve, a helper, or ezer, for Adam. As she was taken from Adam, she shared his nature and was fit for him because she also bore God’s image.

When Adam awoke to see Eve, he rejoiced in the goodness of God’s design--a design where male and female are equal image bearers and are joined together in singular purpose to glorify God according to His direction.

We learn, too, that while Adam and Eve were equal before the Lord, they were also distinct in their complementary roles. Adam was given primary instruction from the Lord and then Eve was created as a helper to Adam.

In the New Testament, Paul helps us to understand that the order here is important. Adam was given headship and Eve was created alongside him as his helper. Adam was given instruction to work and keep the earth and walk in obedience. Eve was to help him in that work.

The two were unified in mutual purpose; both were to submit to God as their ultimate head and authority (1 Corinthians 11:2-16). Together, Adam and Eve were to be partners in serving the Lord.

What Happened When These Roles Were Abandoned

Whereas Genesis 1 and 2 are rhapsodies of praise and wonder, Genesis 3 brings about grief and woe. We see Adam and Eve forsake their respective roles as Adam neglected God’s authority and submitted to Eve’s instead. When Eve disobeyed God’s instruction, Adam watched.

When she asked Adam to follow her in sin, he did so. God had given to Adam good instruction as protection, but Adam failed to guard both himself and Eve with God’s direction.

After the fall, God first called to Adam. God identified Adam’s listening to his wife as the forerunner to his taking and eating of the fruit, reaffirming Adam’s responsibility to know God’s commands and walk in them.

Working the ground would become a hardship as a result of his sin. God told Eve that she would resent her partnership with Adam and her role as his helper, and would instead desire to have control over him. In their sin, they would come to begrudge what was intended for their good.

Genesis 1-3 lays the groundwork for the rest of scripture. Several New Testament passages regarding the distinct roles for male and female harken back to the created order in Genesis (1 Corinthians 11:2-16, 1 Timothy 2:11-14).

In so doing, New Testament authors confirm that the instructions they set forth are not limited to cultural norms, but are rooted in God’s intended design for male and female from the very beginning.

We learn from this passage that God’s good design can often appear to us as unpalatable in our flesh. Consider these principles for walking in God’s design in worship and joy: 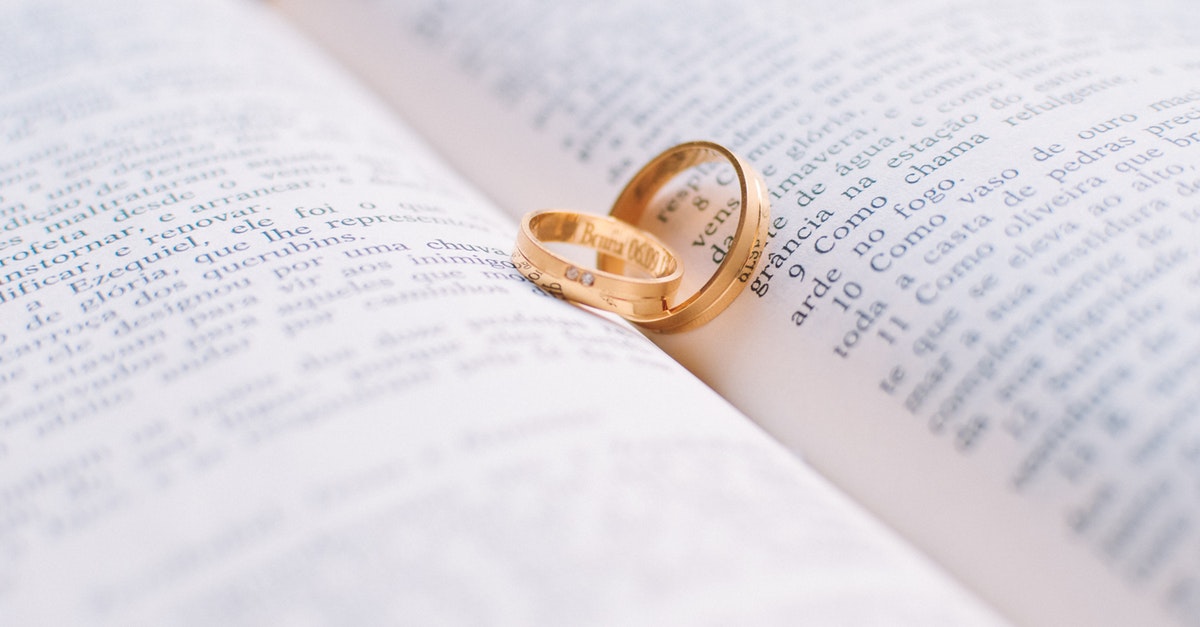 1. Worship God Rather Than Resent His Instruction

When deceiving Eve to eat of the tree, the serpent reversed in her mind what God had said. God said that eating of the tree would bring forth death (Genesis 2:17).

The serpent said that not only would she not die in eating of the tree, she would live and be made like God (Genesis 3:5). The greatest of lies that precipitates every sin tells us that sin is no harm, but rather a delight, and that God’s commands restrict us rather than protect us.

Sin causes us to resent what we should embrace.

The gospel message provides atonement for sin and restores in us joy in obedience (John 15:11, 1 Peter 1:8-9, Galatians 5:22-23). When the Holy Spirit reveals the gospel to us, He gives us sight and the ability to not only obey God’s commands, but agree with them also (1 Corinthians 2:14).

In the gospel we no longer buck at God’s design, but desire it because we love God and the things of God.

We join with the account in Genesis that says God’s design is very good. When we find ourselves begrudging God’s commands, we must return to His Word and ask Him to continue to reveal to us that He is good (Psalm 34:8).

2. Allow God’s Word to Shape Your Understanding, Not Cultural Norms or Abuses of God’s Design

Apart from the gospel, it becomes easy to look at things like headship and submission, gender distinctions, and roles in marriage as outdated at best, and destructive at worst.

In a fallen world, these themes have indeed been manipulated and corrupted again and again. Yet, abuses of authority and exploitation of gender roles do not give us reason to reject God’s design.

That good things are corrupted in sin is crystal clear; rather than discarding the core of what God created, we should run back to it instead.

Traditional values are certainly under attack in today’s culture and society. We would be wise to deepen the conversation and define our terms.

There are some traditional norms associated with gender, like household chores or career choices, that can be confused with biblical mandates. While traditional norms can be helpful and may be the result of a biblical worldview in practice, they are not necessarily commands that every Christ-centered household is bound by.

Where there is not a specific directive issued in Scripture, there is room for families to collaborate and determine what works best for their homes. All things are to be done unto the glory of God (1 Corinthians 10:31).

This umbrella command should inform our decisions as husbands and wives partner in worship, in sanctification, and in discipleship. Neither one acts for his or her own glory, but desires to glorify the Lord in all they do.

Discerning what is command and what is tradition will prevent unnecessary feelings of burden or resentment because you can be confident that you're living out God's design--not just what everyone else is doing.

Genesis 1-3 provides a crucial foundation that is absolutely necessary as we seek to grasp the revelation of God provided to us in the whole of scripture.

If we divorce these three chapters from the rest of the Bible, we will undoubtedly stray in our understanding and in our creeds. May this narrative never become to us old hat, but instead continually revive our worship in the gospel and produce in us a desire to walk in obedience.

With a heart for teaching, Madison Hetzler is passionate about edifying fellow believers to be strong, confident, and knowledgeable in the Word of God. Madison graduated from Liberty University's School of Divinity and now instructs Bible courses for Grace Christian University. She cherishes any opportunity to build community around cups of coffee and platters of homemade food.

This content first appeared on Crosswalk.com and is used here with permission. To view the original visit: https://www.crosswalk.com/family/marriage/ways-for-spouses-to-embrace-their-god-given-roles-instead-of-rebelling.html