$64 helps a child with lifesaving resources

You never stop being a mom. From the day you learn you have a bun in the oven to the day you breathe your last, your child is always on your mind and in your heart.

Mary, Jesus’ mother, encourages me. Her struggles are my struggles.

1. Being a mom is scary. Mary taught us to entrust our kids to God.

Pregnancy is terrifying for every expectant mother.

“Will I get fat? Will labor and delivery hurt? Will my baby be healthy? Will my husband still love me? Can I handle being a parent?”

Pregnancy for Mary was more than scary, it was life-threatening.

Luke tells the story of the angel’s announcement to Mary in Luke 1:26-38:

“The angel said to her, ‘Do not be afraid, Mary; you have found favor with God. You will conceive and give birth to a son, and you are to call him Jesus.’

The angel answered, ‘The Holy Spirit will come on you, and the power of the Most High will overshadow you. So the holy one to be born will be called the Son of God.'”

Mary knew the cost of being an unwed mother. She risked losing the man she loved, the reputation she guarded, and even excruciating execution by stoning (Leviticus 22:23-24).

I became pregnant with our first child right after we moved 1,000 miles away from family and friends to the sweltering Arizona desert. Roger, my husband, was a young pastor. This was our first full-time church. We had 500 Bible commentaries and no money. But God called us to go there. I was petrified. How could we afford to have a baby?

Mary accepted the risks of God’s call. She believed that God would be a Father to His Son. I was inspired by her to trust Him and be obedient to His timing and perfect plan.

2. Mary didn’t face motherhood alone. Neither will you.

People don’t often realize that when the angel came to Mary, he told her about Elizabeth’s pregnancy at the very same time.

Luke 1:36: “…Even Elizabeth your relative is going to have a child in her old age.”

Mary immediately went to visit her cousin Elizabeth when Gabriel disappeared. What reassurance and encouragement Elizabeth gave in Luke 1:41-45!

“When Elizabeth heard Mary’s greeting, the baby leaped in her womb, and Elizabeth was filled with the Holy Spirit. She exclaimed: ‘Blessed are you among women and blessed is the child you will bear! But why am I so favored, that the mother of my Lord should come to me? As soon as the sound of your greeting reached my ears, the baby in my womb leaped for joy. Blessed is she who has believed that the Lord would fulfill his promises to her!’”

Mary was not alone when she carried her child. She didn’t know Joseph would marry her until she returned from her visit with Elizabeth, three months into her pregnancy. Elizabeth’s encouragement sustained Mary and kept her focused on God’s promise.

Roger and I learned our first baby was in danger ten weeks into my pregnancy. I carried our daughter to term, but she was born with a genetic defect that would eventually take her life. We fed her milk with a tiny syringe for nine months. But we weren’t alone. Ten of our church ladies appeared at our door and rotated overnight stays with our baby girl so we could sleep. Even with parents so far away, we never felt alone. 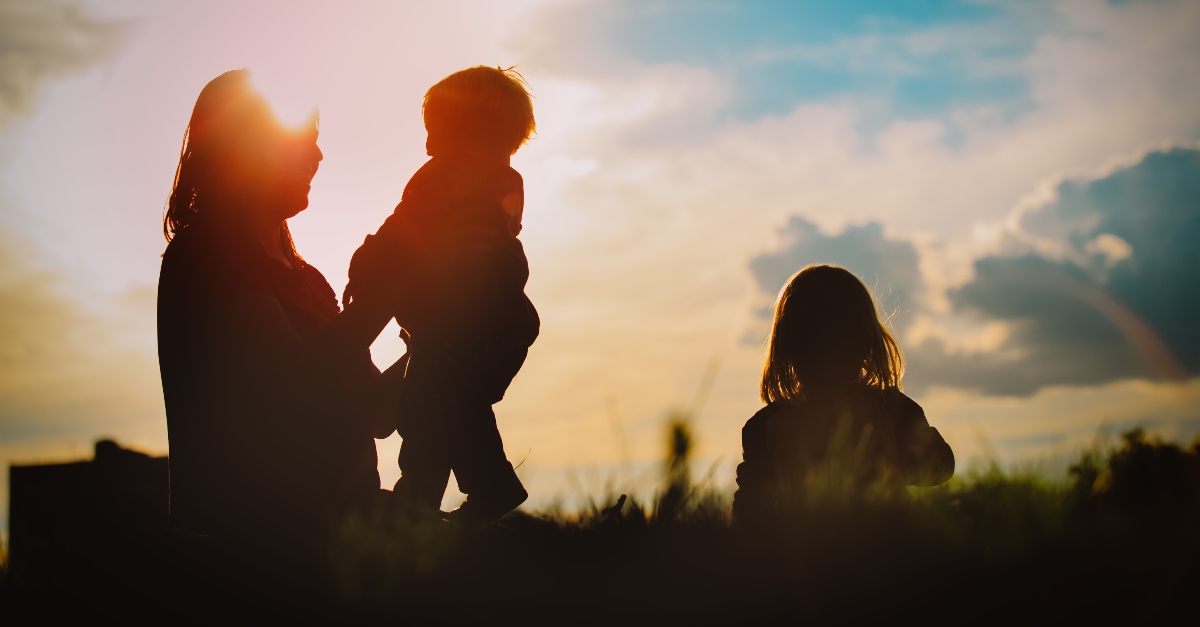 3. Mary wanted to protect her son. We must let our kids go and grow.

We witness a telling episode between Mary and her son as she loses Jesus while traveling.

“When they did not find him, they went back to Jerusalem to look for him. After three days they found him in the temple courts, sitting among the teachers, listening to them and asking them questions. Everyone who heard him was amazed at his understanding and his answers. When his parents saw him, they were astonished. His mother said to him, ‘Son, why have you treated us like this? Your father and I have been anxiously searching for you.’

‘Why were you searching for me?’ he asked. “Didn’t you know I had to be in my Father’s house?’ But they did not understand what he was saying to them.

Then he went down to Nazareth with them and was obedient to them. But his mother treasured all these things in her heart. And Jesus grew in wisdom and stature, and in favor with God and man.” (Luke 2:45-52)

Note that Mary and Joseph frantically searched for Jesus. They felt mistreated. Jesus’ answer didn’t reassure them (v. 50). Yet Mary pondered (ruminated upon) Jesus’ words. She trusted God to bring about His plan for Jesus’ life.

Brianna, my oldest daughter, sailed through puberty. Yes, there were wardrobe battles, but she was a people-pleaser. My younger daughter, Bronwyn, was a rebel determined to break the “pastor’s kid” mold. She died her hair orange and pierced her belly button with a safety pin before she turned 13. How could I let her grow up safely without locking her in a closet?

My girls are grown now. They are brilliant, beautiful women. However, I still struggle with being overprotective. I need to watch God work even when I don’t understand what He is doing.

4. Mary wanted Jesus to fulfill his destiny her way. Our job is to help our kids open God’s ‘Sealed Orders’ for their lives.

Mary tried to jump-start Jesus’ ministry at the wedding feast in Cana:

“When the wine was gone, Jesus’ mother said to him, ‘They have no more wine.’ ‘Woman, why do you involve me?’ Jesus replied. ‘My hour has not yet come.’ His mother said to the servants, ‘Do whatever he tells you.’” (John 2:3-5)

Mary was also eager for Jesus to perform a miracle because people may have accused her of bearing an illegitimate son.

In an especially rancorous exchange, the Jews retort to Jesus “We are not illegitimate children…The only Father we have is God himself.” (John 8:41)

I’m sure Mary thought she was helping Jesus. She wanted to prove Jesus’ power and clear her name. But Mary’s overprotective nature could have hurt Christ’s work!

Mark 3:20-21 describes a moment when Jesus’ mother and brothers wanted to take Jesus away from his ministry. They thought He had gone off the deep end.

“Then Jesus entered a house, and again a crowd gathered, so that He and His disciples were not even able to eat. When His family heard about this, they went to take charge of Him, for they said, ‘He is out of His mind!’”

Mary was worried. But how many sick and injured people would have missed Jesus’ healing touch if He had followed Mary home?

God’s plan was different. Jesus did and said the unexpected. He was an unconventional Messiah.

Roger’s mother wanted a preacher in the family. Fortunately, God called my husband to preach when he was seven. His Mom tirelessly trained him, forcing him to practice his sermons behind the counter in the kitchen to his “congregation” in the den. She dreamed her Golden Boy would one day become a famous Texas pastor.

But God called Roger to a small church in Arizona. When we first arrived in Tucson, there were only a handful of Christians. It was the wild, wild West! And his Mom was a world away.

Roger’s mom saw God’s Hand at work over time, but it wasn’t Plan A for her.

We can’t force our children into our mold. God uniquely calls our kids, and His plan may surprise us. 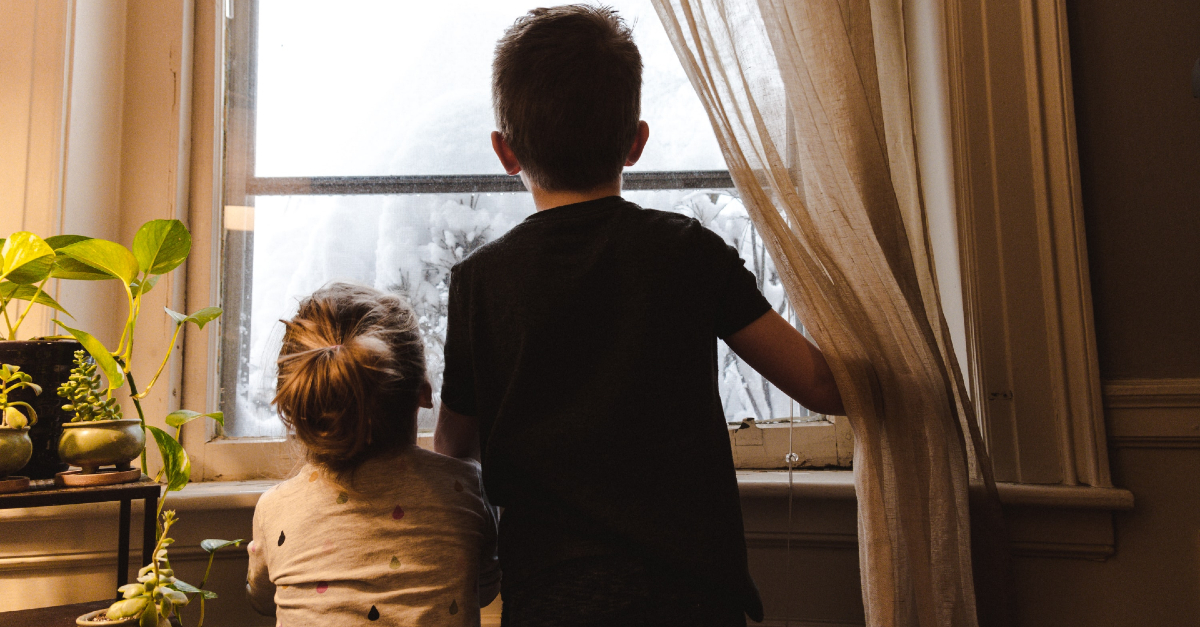 5. Mary had to watch her Son suffer. We must allow our children to suffer for their good.

“Near the cross of Jesus stood his mother, his mother’s sister, Mary the wife of Cleopas, and Mary Magdalene. When Jesus saw his mother there, and the disciple whom he loved standing nearby, he said to her, ‘Woman, here is your son,’ and to the disciple, ‘Here is your mother.’”

Mary knew about Jesus’ calling. She probably taught Him the Psalm of the Cross (Psalm 22) while He sat on her lap. She remembered Gabriel’s words, the star, the wise man’s gift of myrrh, the prophecies of Simeon and Anna. Mary watched in horror as Jesus hung, suspended between heaven and earth. She knew His destiny, but I’m sure Jesus’ mother hoped for another way to save His people. His suffering was hers as well.

My oldest daughter suffers from chronic pain and nausea every day. Today she just finished a regular 12-hour IV infusion to fortify her immune system. It is a hard-won fight. Every time I take in a breath, I think of her. I eagerly await little victories instead of devastating setbacks.

No mother wants to see her child suffer. Not one.

I hope to love my girls like she loved her Son, and that this will inspire you to do the same.

Dr. Julie Barrier, along with her pastor-husband, Dr. Roger Barrier, have taught conferences on marriage and ministry in 35 countries. The Barriers are founders and directors of Preach It, Teach It providing free resources in 10 languages to 5 million visitors in 229 countries and territories. The Barriers pastored 35 years at Casas Church in Arizona, Julie has served as a worship minister, concert artist and adjunct professor at Golden Gate Baptist Theological Seminary. She has authored or composed of over 500 published works.

This content first appeared on Crosswalk.com and is used here with permission. To view the original visit: https://www.crosswalk.com/family/parenting/lessons-mary-taught-me-about-being-a-mother.html

When I kept silent about my sin, my body wasted away through my groaning all day long (Ps. 32:3). Instead of dread, I can now face the Powerful Judge with peace.