Thought experiment: let’s say in a certain country, there are over 60 million people who need the gospel. They’re immersed in their own culture; they have their own lifestyles, values and ideas. Theirs is another world. Yet, wouldn’t we be willing to cross-cultural barriers to show these humans the love of Christ?

Analysts call them Generation Z. Suggested cutoff points vary, but many researchers define Gen Z as including everyone born between 1996-2010.

Already outnumbering Millennials, Gen Z has become the largest generation in America. Who exactly is this pivotal people group—and how can churches and families love them?

Before we start stereotyping…

While researchers have uncovered some useful generalizations about Gen Z, it’s important to remember the insights are just that: generalizations. Personally, I might be a touch more opposed to generational stereotyping because my own generation gets such a bad rap. Since I’ve been around since 1995, many might dub me a late Millennial, and therefore, a dependent, entitled narcissist with no ambition but to post photos of #AvocadoToast while whining about how hard “adulting” is.

Certainly, I’d hesitate to describe myself in those terms; this is the first time I can remember writing the word “adulting” (that was the second), and I’ve never even bought an avocado. In the same way, not everyone labeled “Gen Z” will fit into all the boxes the world gives them.

Still, research-based trends can give us a better glimpse of what life is like for many members of Generation Z. So, in the interests of understanding (rather than stereotyping) this crucial demographic, let’s explore four aspects of who Gen Z is, to see better how to love them. 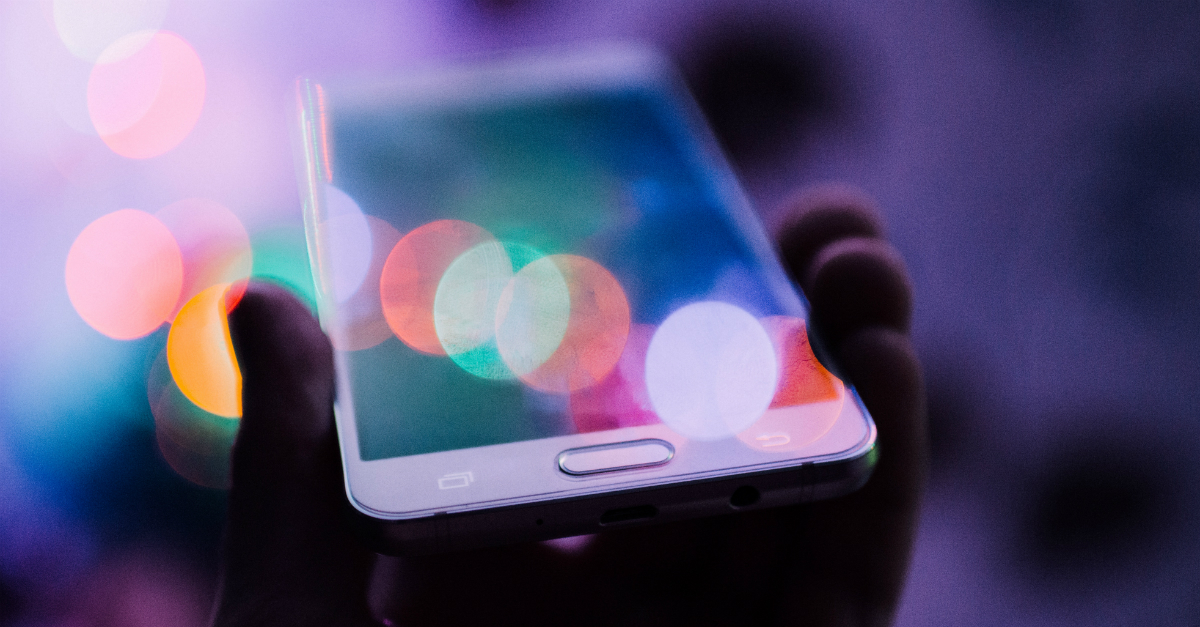 As the first completely post-internet generation, Gen Z has only ever known a technology-driven world. Unlike their parents and (especially) grandparents, who gravitate more towards television, Gen Z members spend the bulk of their screen time on smartphones—even more than Millennials. Some research indicates that 95% of Gen Z are smartphone owners, with more than half using their phone for at least 5 hours daily, and over a quarter using their phone for 10+ hours every day.

Social media is a given part of life for most Gen Z teens, but Facebook takes a back row in their world compared to YouTube, Instagram and Snapchat. Yet for all of teens’ techno-savviness, multiple polls have found that around 40-70% of Gen Z still say their favorite form of communication is face-to-face.

Over a decade of research has linked high internet and phone usage to negative physical, behavioral, relational and psychological effects including sleep problems, anxiety and depression. It’s no wonder that the American Psychological Association (APA) found Gen Z is the least likely to report having good or excellent mental health.

Clearly, the digital universe Gen Z inhabits presents a potential for great need—and therefore, for great opportunity to express Christ’s love. Because every member of Generation Z will navigate their technological worlds differently, it’s up to families and churches to support Gen Z teens intentionally and individually.

This means being aware of media’s possible negative effects in each teen’s life and working proactively to counter those effects. A big part of that proactivity involves careful discipleship—equipping teens with Biblical literacy and critical thinking skills for responding to everything they encounter online.

On the plus side, technology can be a fantastic tool to catalyze this kind of discipleship. But remember, Gen Z doesn’t just want to communicate over a screen. They want to talk face-to-face.

It’s vital for parents, pastors and mentors to know when to put their own phones down and show Gen Z love in person. 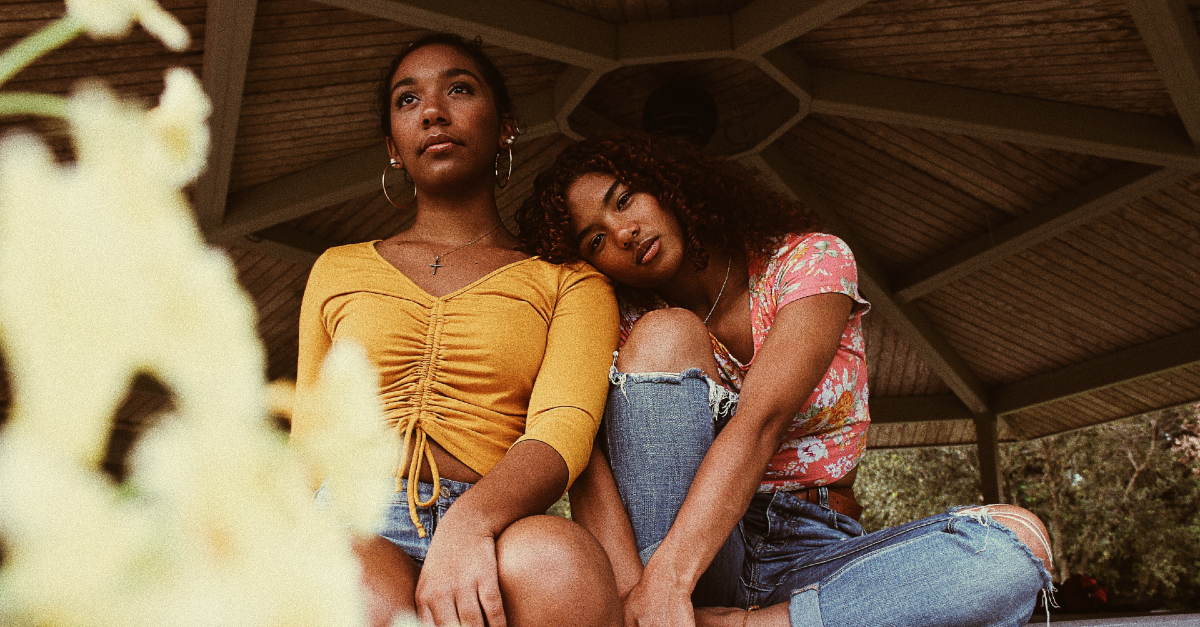 Life in the digital age means constant access to news of troubles worldwide. On top of growing up around grim global headlines, Gen Z was raised in the recession-marked aftershock of 9/11. So, today’s youth seem to possess heightened alertness to the world’s dangers.

In fact, the APA reported last year that Gen Z members were already significantly more stressed than other generations about news headline issues. These days, it’s easy to imagine how the upheaval surrounding Covid-19 is compounding that stress.

Generation Z keenly feels the world’s brokenness, and only Christianity can both affirm that suffering is a real problem and offer real hope in its midst. Atheism can do neither, yet Gen Z is more Atheistic than any other generation. So, we can love Gen Z by graciously pointing them to the Gospel, which teaches that while this is God’s world, it’s also broken due to sin.

Scripture alone provides us grounds to recognize that evil and suffering exist, but because of God’s grace, redemption exists too, for any individual as well as all creation (Revelation 21). God’s word also provides the absolute moral grounds and framework for helping others affected by the world’s brokenness, the assurance that Jesus has overcome our trouble-wracked world (John 16:33), and the promise that He is and always will be with us.

While reminding Gen Z of these promises, we can also make ourselves available to listen to their concerns, encourage their hearts with God’s truth, and let them know they’re not alone.

Because Gen Z senses the world’s brokenness so saliently, young people seem more driven than ever to respond to the global problems they perceive, whether poverty, violence, harassment or climate change. In fact, two-thirds of Gen Z say they want to change the world. And they’re not waiting to do it. Today’s teens tend to be ambitious, entrepreneurial, and—thanks to technology—have the platform to reach millions.

Just think of Greta Thunberg who has gained international recognition as an advocate for climate change, at just age 17! Her actions and words have caught the world's attention, and have inspired thousands of others to protest what we're doing to our home on earth.

As FANTASTIC as all of this is, there’s one catch: growing up in a post-Christian world, Gen Z’s exposure to global problems—and to ideas about the best solutions—is almost exclusively filtered through the highly secular lens of today’s public education and mass media. We don’t have to look far to see that these channels often paint Christianity as one of the world’s biggest problems, while advocating for concepts like ‘tolerance’ (of all truth claims but the Bible’s) as the solution.

Clearly, Gen Z pulsates with serious potential. Churches and families can love Gen Z by discipling them to channel their potential for the glory of God rather than the agenda of secularism, encouraging youth biblically in their quest to make a difference, and giving teens leadership opportunities to serve with their God-given gifts, ideas and passions.

Help them to understand that God works through secular means to help this world, but ultimately no cause can change the world like the mission Jesus gave to his disciples. No cause is as worthy as the call of discipleship, and if they want to make an eternal difference and not a temporary one, then God needs to be at the center of it all. 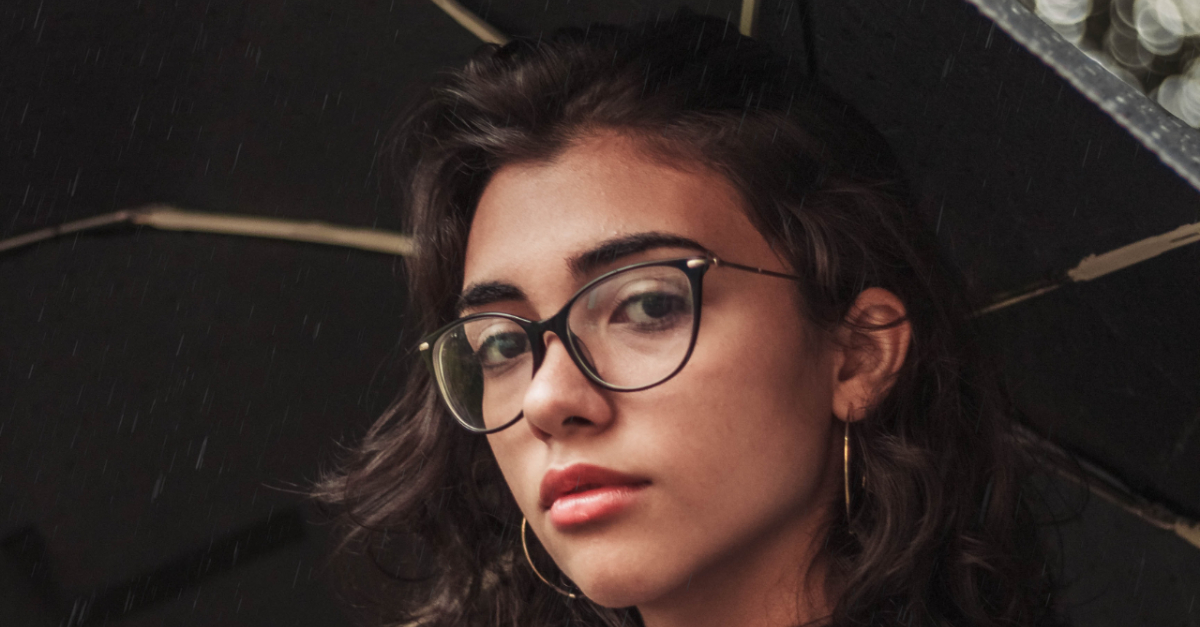 The need for strong discipleship among Generation Z is especially urgent considering today’s youth have been called “the first truly biblically illiterate generation.” In 2018, for instance, Barna Research found that Gen Z is twice as Atheistic (14%) as any other generation, including Millennials.

Without affirming a Creator God as the ultimate source for truth (including moral standards), many of today’s teens are growing up with no sense of absolutes. In fact, Barna found that 34% of Gen Z did NOT agree that "a person can be wrong about something that they sincerely believe in." In other words, millions of American teens think that simply believing something can make it true.

Without absolutes to stand on, Gen Z has become more gender amorphous and sexually fluid than any generation yet. Yet for all their “you do what’s true for you” mantras, Gen Z still craves the ability to believe in something real. A full 46% of Gen Z said, "I need factual evidence to support my beliefs" (on par with Millennials).

However, many teens both outside and inside the church haven’t been taught that the facts we observe in the world around us affirm the truth of God’s word. Instead, 20% of Gen Z non-Christians say they’re hindered from coming to faith because “science refutes too much of the Bible,” while nearly half (49%) of churchgoing teens believe, “the church seems to reject much of what science tells us about the world."

Gen Z’s desire to base their beliefs on fact highlights the need for teaching youth apologetics, the field of study which examines why the Christian faith makes intellectual sense. Specifically, Barna’s findings show youth need more than ever to know that science confirms rather than contradicts the Bible, including Genesis. Meeting that need through providing biblical apologetics training is one practical way churches and families can love Gen Z.

Beyond learning apologetics to understand why we can trust the Bible is true, Gen Z also needs to know the truth the Bible teaches. Only Scripture can provide the absolutes which Gen Z is lost without. However, I’ve spoken with campus ministry leaders around the world who say they often meet students who have grown up attending church yet arrived in university without truly knowing what the Bible teaches, or how the gospel applies to everyday life. To love Gen Z, then, we must disciple them to know the word of the One who is Love.

What Gen-Z Need the Most

Ultimately, you might have noticed one theme keeps appearing again and again in loving Gen Z: discipleship. We can love Gen Z by meeting their needs, and what today’s teens need most is truth. They need truth to navigate the lies of their digital universe, to shine hope in their broken world, to understand how to make a difference in that world, and to give meaning to their morals, beliefs and actions.

And who can disciple youth to know what truth looks like lived out? A mentor.

I know young people crave mentors, because I’ve traveled the world asking Christian university students how churches can best support them. Themes they repeatedly brought up include points like the need for apologetics training and solid Bible teaching.

But more than almost anything else, young people said they need connections with godly older adult mentors—a parent, grandparent, pastor, church member or any Christian who can encourage their faith, pray with them, help them grapple biblically with their questions, serve others alongside them, and show them what following Christ looks like.

If every one of those 60 million+ Gen Z Americans had a mentor like this, imagine the difference that could make for the nation’s future! Changing the future might seem like a hefty task. But it starts with loving the Gen Z young people God’s already placed nearest you.

Patricia Engler is an adventurous writer who explores how Christians can navigate secular cultures and classrooms, with Christ. After 12 years of homeschool and a B.Sc. degree, she backpacked 360°around the world documenting how Christian students keep their faith at university. You can follow her stories and get connected at www.patriciaengler.com.

This content first appeared on Crosswalk.com and is used here with permission. To view the original visit: https://www.crosswalk.com/family/parenting/who-is-gen-z-and-how-can-we-love-them-well.html

Hope for My Aimless Wandering - iBelieve Truth: A Devotional for Women - August 6