“In the same way, let your light shine before others, that they may see your good deeds and glorify your Father in heaven.” (Matthew 5:16)

Max Lucado once said, “In God’s hands intended evil becomes eventual good.” I believe that this holds true for the day of Halloween as well.

What’s intended to be a holiday focused on evil can be a day that the light of Jesus shines the brightest. I mean, think about it: which other day of the year do you interact with so many of your neighbors? You’re either going door to door or having a plethora of families showing up at yours.

It’s time Christians rise up and spread the light and love of God to take back October 31st. In order to help you do that, I’ve come up with 10 costume ideas that help you talk about God’s love for people. Some of these outfits are perfect for groups, some stand alone. Some make great outfits for costume parties and some are perfect for trick-or-treating. No matter where you’re going or who you’re going with, these costumes will help you start conversations about God. 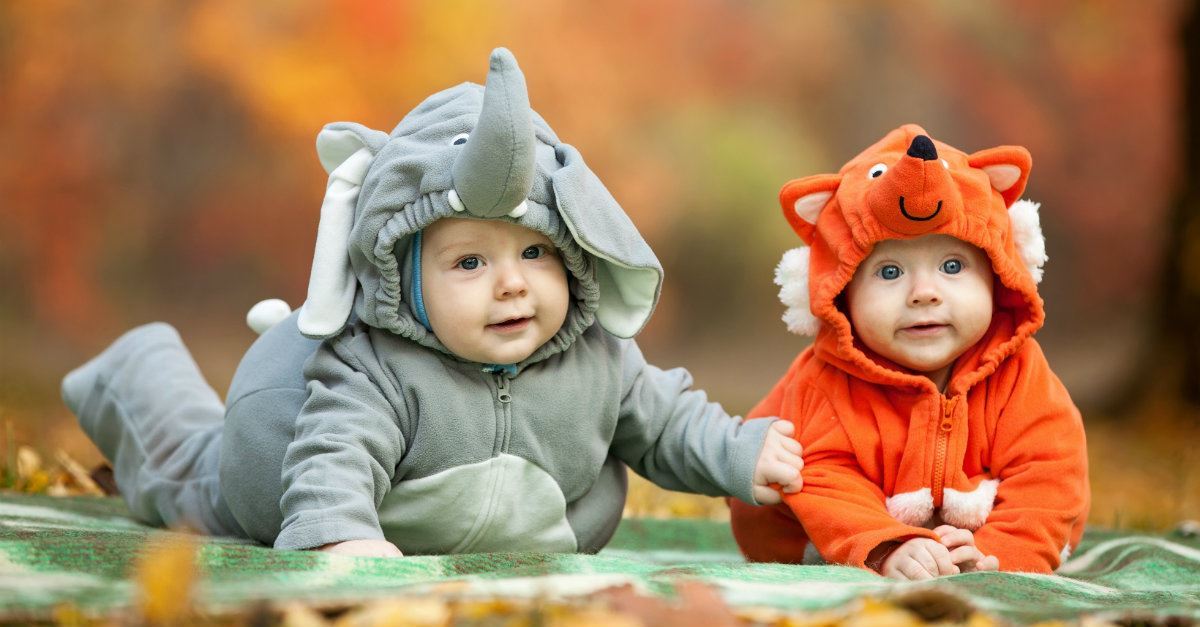 1. Animals and the Ark

“I have set my rainbow in the clouds, and it will be the sign of the covenant between me and the earth.” (Genesis 9:13)

Animals are already a popular costume idea for children. So why not partner up with a few families with children, dress the kids up in animal costumes, and make yourself an ark like Noah? The possibilities are endless! Think lions, zebras, elephants, platypuses, dogs, cats, bunnies. You name an animal, and it can go on the ark.

Bonus points if the parents in your group dress up as Noah and his family or each wear a color of the rainbow that signifies God’s covenant between him and earth. Extra bonus points if you turn a wagon or stroller into an ark.

This will give you a natural entry point to talk about God’s love for the world with your neighbors and be ridiculously adorable. 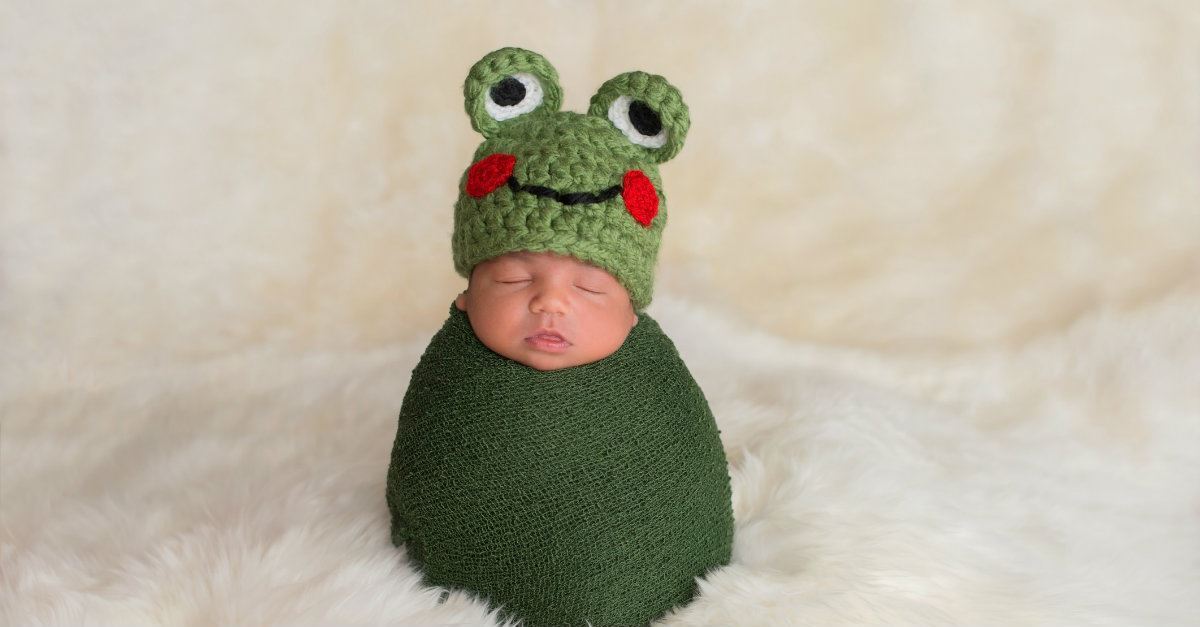 “Then say to him, ‘The LORD, the God of the Hebrews, has sent me to say to you: Let my people go, so that they may worship me in the wilderness.” (Exodus 7:16)

Want a costume that simultaneously illustrates God’s goodness and provides a fright? Get a group of friends and each dress up as one of the plagues of Egypt. Some of the plagues are simpler costumes than others. For the more challenging plagues, you’ll need to get creative. It may even help to have signs each person can wear.

This group idea is perfect for a fall costume party, where people have more time to get the full idea of your costume. But, this would also be an exciting way to go trick-or-treating, with each plague going to a door one-at-a-time, in chronological order.

No matter what, this costume set serves as a good reminder of God’s faithfulness in bringing Israel out of Egypt. 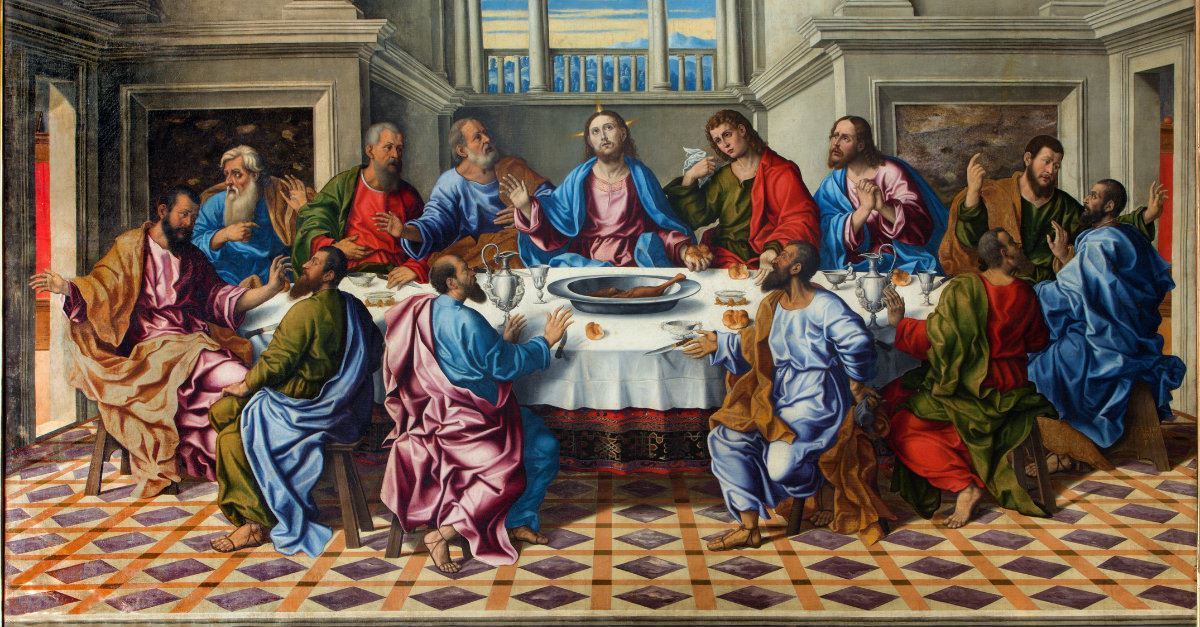 3. Jesus and the Disciples

I have seen this group costume tactfully executed firsthand. When I was in high school, a group of 13 guys in my class dressed up as Jesus and the disciples. The teachers were so impressed by the authenticity of the costumes (and the fact that over a dozen 14-year-old boys were organized enough to pull this off) that they were recognized at our school assembly.

Not only that, but the kid dressed up as Jesus was given the microphone and allowed to say something. This student was so prepared that he started preaching the Sermon on the Mount. To 1,400 students. In a public school.

Jesus used these boys to bring his Word to hundreds of students who never had the opportunity to hear it before. What a powerful testament! 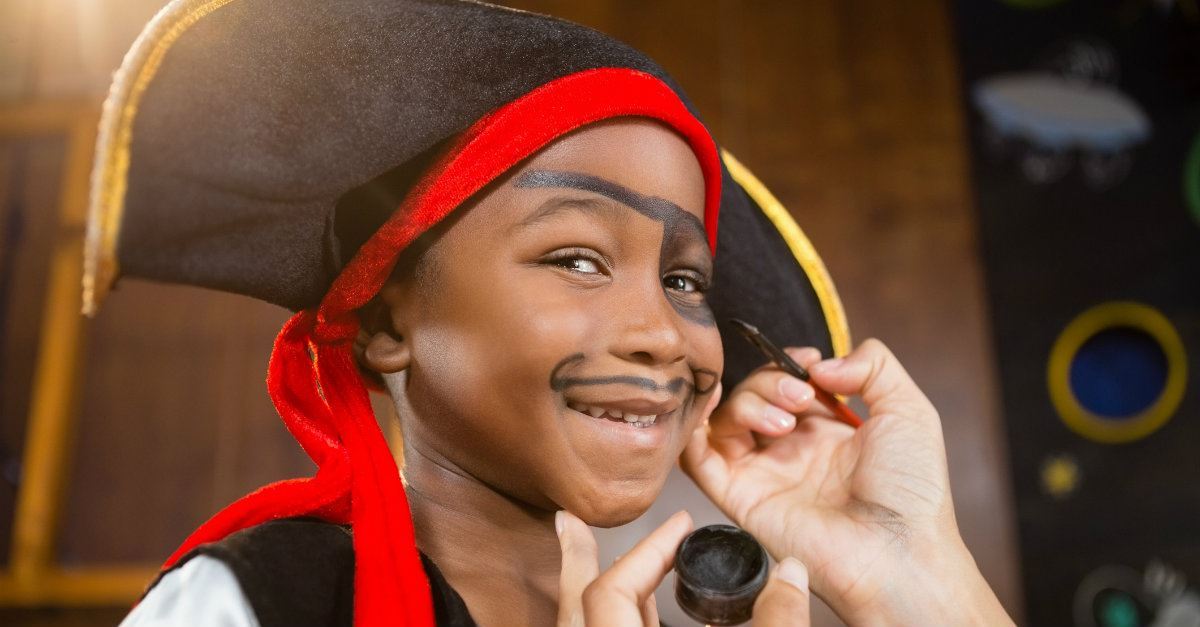 “Do not store up for yourselves treasures on earth, where moths and vermin destroy, and where thieves break in and steal. But store up for yourselves treasures in heaven, where moths and vermin do not destroy, and where thieves do not break in and steal. For where your treasure is, there your heart will be also.” (Matthew 6:19-21)

So your child really wants to be a pirate, but you can’t seem to remember a biblical story featuring Johnny Depp as Jack Sparrow.

Well, just because there’s not a story starring a buccaneer as we’d imagine them in today’s culture doesn’t mean a pirate-based costume can’t glorify God. Just switch out your kid’s pumpkin bucket for a treasure chest that reads, “Store up treasure in heaven for where your treasure is, there your heart will also be” printed on the front. I guarantee this will make a lasting impression on more than one person throughout the night. 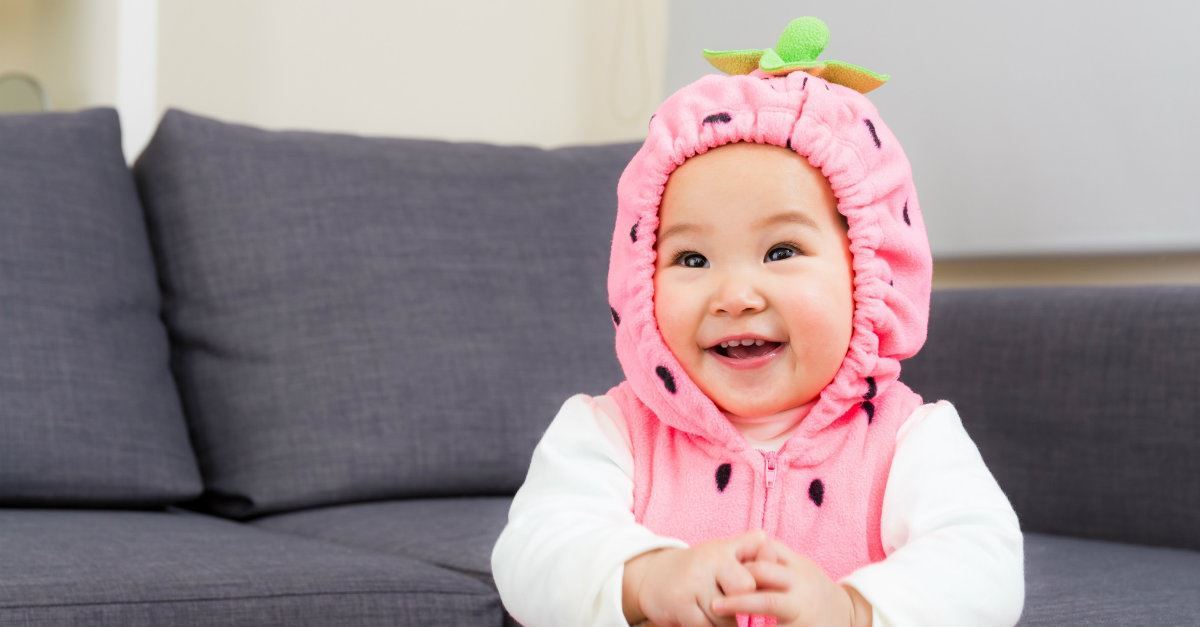 5. Fruit of the Spirit

“But the fruit of the Spirit is love, joy, peace, forbearance, kindness, goodness, faithfulness, gentleness, and self-control.” (Galatians 5:22-23)

Another great group costume idea is grabbing seven of your closest friends and going as the fruit of the Spirit. Just have everyone pick their favorite fruit (try not to repeat!) and then print out signs with the traits listed in Galatians 5 to hang around your neck.

Now, this costume will be a particularly good conversation starter because there’s a strong chance people will mistake your outfits to either be a fruit salad or a Fruit of the Loom underwear ad. Once people misidentify your group, this gives you a great chance to explain how the Holy Spirit helps produce these eight character traits in you. The fruit of the Spirit might not be as well-known as other parts of the Bible, so this costume gives you a phenomenal opportunity to explain how a relationship with God impacts your life every single day. 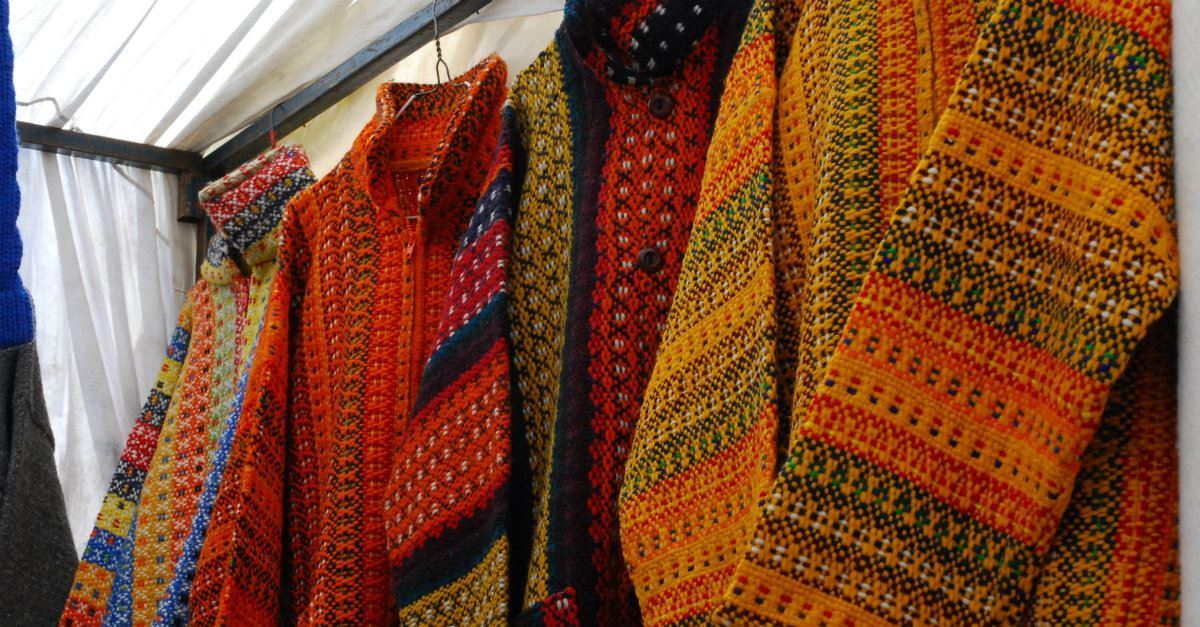 6. Joseph and the Coat of Many Colors

“Now Israel loved Joseph more than any of his other sons, because he had been born to him in his old age; and he made an ornate robe for him.” (Genesis 37:3)

This is a particularly simple costume and one that is advantageous to northern areas that have chilly fall weather. All you need is a very vibrant, colorful robe. You will receive bonus points, however, if you spend your evening telling everyone about how your father loves you way more than your brothers. Keep the conversation going by recounting recent dreams you had, and share their meaning that one day the people around you will bow down to you.

But in all seriousness, people will compliment, or at least comment on your stylish outerwear, and it will give you an opportunity to talk about Joseph’s story of redemption and God’s ability to turn events meant to harm people into beneficial situations. 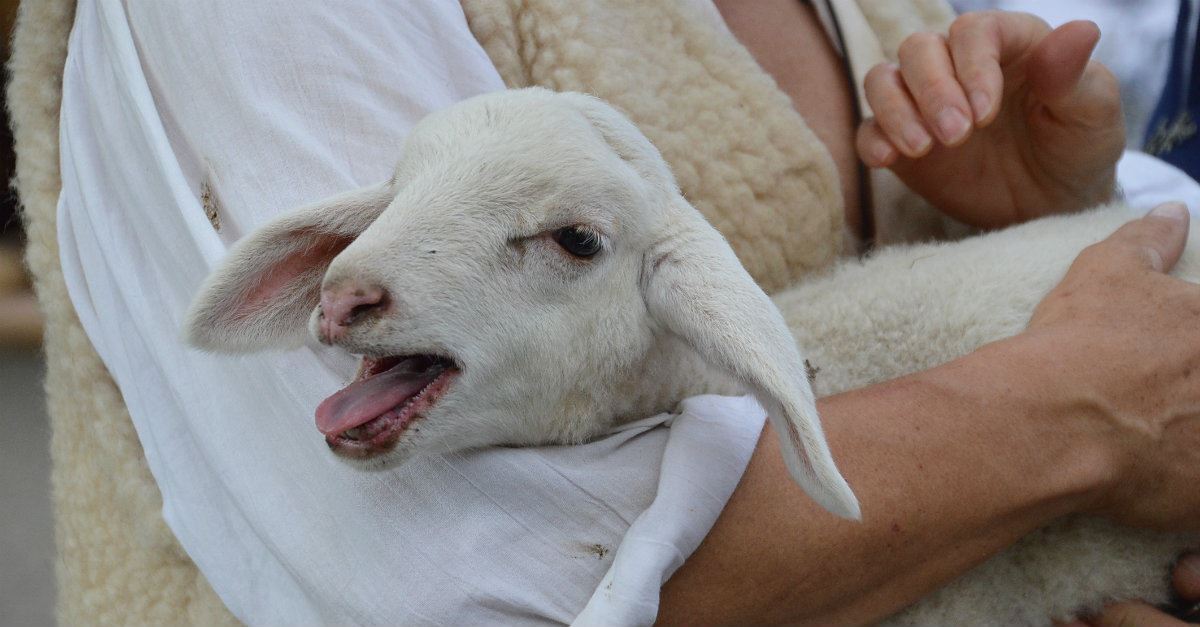 Besides all the imagery in the Bible of Jesus as the good Shepherd and humans as his sheep, there are just a lot of people mentioned who work as shepherds as well. That’s why a shepherd or sheep costume would be a perfect way to shine Jesus’ light at Halloween.

Now, this costume is a golden idea because it’s so versatile. A parent could be a shepherd, with children as a flock sheep. A child could be the shepherd, and pets could be dressed up as sheep. Or, you could do a stand alone costume of either a shepherd or a sheep. Just image a baby bundled up as a sheep and tell me your heart isn’t about to explode!

Either way, feel free to reference this scripture from John 10 when people tell you how precious your costumes are. 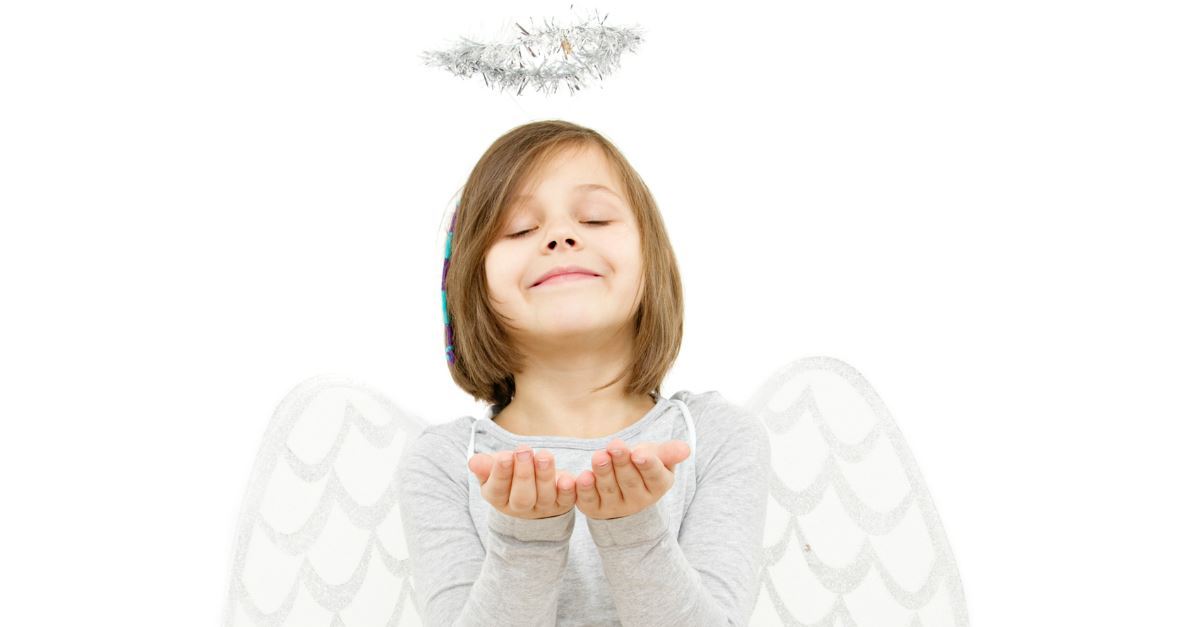 “Then an angel of the Lord appeared to him, standing at the right side of the altar of incense. When Zechariah saw him, he was startled and was gripped with fear.” (Luke 1:11-13)

An ordinary Halloween costume for young girls is to be an angel. And while most superstore angel costumes aren’t going to be biblically accurate, it’s still an outfit that shines light on a typically dark day.

And while I love seeing kids with their chenille wire halos, I also think it would be completely awesome to see a young boy dressed in as a biblical angel. When angels appeared in the Bible people were awestruck, they bowed, and many were actually fearful. Let’s create a world that begins to understand the power angels have been given under Christ. 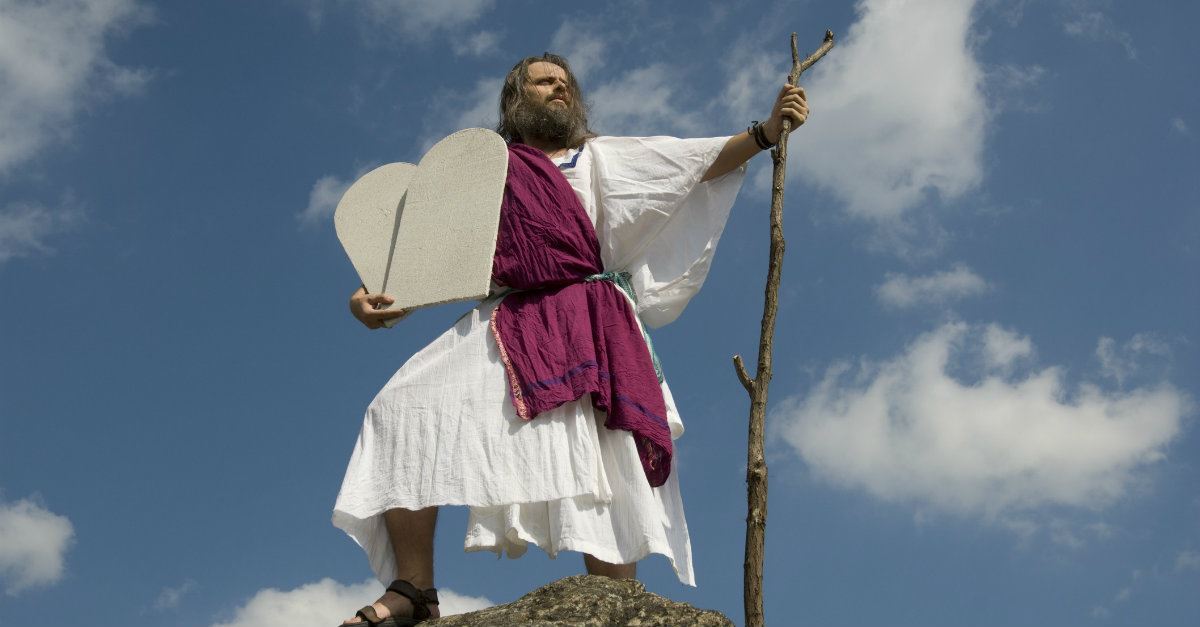 “But when she could hide him no longer, she got a papyrus basket[a] for him and coated it with tar and pitch. Then she placed the child in it and put it among the reeds along the bank of the Nile.” (Exodus 2:3)

Looking for a costume for an infant? Put your baby in a cradle covered in leaves and dress up an Egyptian princess.

Or, you can aim to emulate an older and wiser Moses, and have a biblical costume that features the 10 commandments written on stone tablets. It might just be because I’m partial to tots dressed up as elderly people, but I think the idea of a toddler portraying an old man Moses is unbelievably cute. Think of a beard on a two-year-old! I mean, who isn’t going to stop and ask you about that costume? 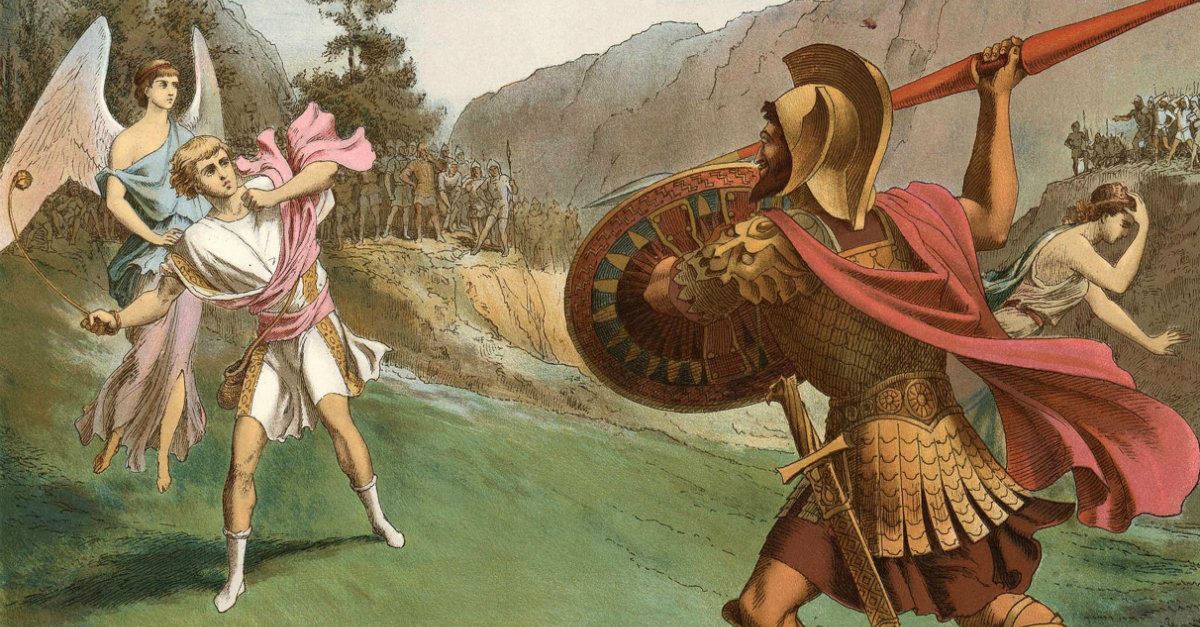 “So David triumphed over the Philistine with a sling and a stone; without a sword in his hand he struck down the Philistine and killed him.” (1 Samuel 17:50)

This costume works particularly well with a smaller child as David and an older child or adult as Goliath. Don’t have two people? That’s okay! Send David out on his own—just make sure he has his trusty slingshot with him.

Many people your encounter will pick up on the biblical reference since David and Goliath are so well known. If they comment on your costume, just mention how you wanted to glorify the power of God this Halloween. If people confuse you with two warriors from the movie 300, just explain that you’re telling an even greater story: God’s story!

Lindsey Brady is a wife and stepmother who loves to spend time in nature or going for long runs. When she's feeling a bit more sedentary, she'll watch an entire season of any Food Network show in a single sitting. You can follow her on Instagram at real.slim.brady.

This content first appeared on Crosswalk.com and is used here with permission. To view the original visit: https://www.crosswalk.com/slideshows/10-halloween-costume-ideas-that-shine-the-light-of-jesus.html