No one who I know really ever used the word pandemic before the year 2020. However, for many years there has been another widespread pandemic developing and reaching more and more people called pornography. Young children are being exposed to graphic images and videos online. Addictions are starting at younger ages. Marriages are leading to divorce because of affairs that began with pornography. What does the Bible say about pornography? Today we are going to dive into the Scriptures on how to approach pornography and how to help ourselves and others with addictions.

What Does the Bible Say about Pornography?

Joel Ryan from Crosswalk shares, “According to the Online Etymology Dictionary, the word ‘pornography' emerged in the 1840s as a combination of the Greek words, porneia and graphe… The word ‘pornography,' therefore, implies the description or depiction of sexually explicit content designed to sexually arouse the reader or viewer.”

1 Peter 2:11 says, “Dear friends, I urge you, as foreigners and exiles, to abstain from sinful desires, which wage war against your soul.”

2 Timothy 2:22 says, “Flee the evil desires of youth and pursue righteousness, faith, love and peace, along with those who call on the Lord out of a pure heart.”

Job 31:1 says, “I made a covenant with my eyes not to look lustfully at a young woman.”

Psalm 119:37 says, “Turn my eyes away from worthless things; preserve my life according to your word.”

James 1:14-15 says, “But each person is tempted when they are dragged away by their own evil desire and enticed. Then, after desire has conceived, it gives birth to sin; and sin, when it is full-grown, gives birth to death.”

More verses can be found at Bible Study Tools.

Pornography is an addiction. The saddest part of all of this is that what used to be sought after and privately purchased at a store magazine section is now in our faces. Sexual content appears in social media, commercials, ads, movies, and books.

The Council on Recovery shares that 87 percent of men and 31 percent of women on college campuses struggle with pornography. The peak age of sensitivity to dopamine is 15. They also reveal, “Sexual pornographic material is correlated with concentration problems, low motivation, depression, social anxiety, negative self-perceptions, and erectile dysfunction.”

I recently heard about a woman who struggled with intimacy in marriage, so she turned to erotic books to get turned on for her husband. This absolutely broke my heart for them. Marriage is between one man and one woman. Anything that you are adding into that equation that is not Christ-honoring is damaging. Rather than working through her intimacy issues, this woman is covering over the root of their marital issue by living out a fantasy of something that is not true. The wife is reading pornographic material to escape. The purpose of sex is intimacy with a spouse. This woman is missing out on that gift and her husband is missing out on the opportunity to love her well in her weaknesses. The two could instead pray and seek the Holy Spirit to do work in their sex life.

I have seen affairs happen too many times. The problem occurs when someone thinks that it will not happen to them. The Bible tells us to be on our guard. 1 Peter 5:8 says, “Be sober-minded; be watchful. Your adversary the devil prowls around like a roaring lion, seeking someone to devour.” As believers, we are called to live above reproach. (Or fault). When a provocative advertisement comes up, look away. When someone inappropriate follows you on social media, block them. When you are trying to decide whether you should watch a movie, read up on the content beforehand. Setting strong boundaries can prevent the devil from getting a foothold in an area.

I was just talking about purity in dating relationships with a friend yesterday. She asked how my husband and I were able to stay pure before marriage. I told her that I heard wise advice from a friend, “Set your boundaries where you can break them and not be devastated.” This is not intending to break boundaries, but wisdom in knowing that we are human and likely to fail. In the same way with the images we see or material that we read, we need to set up safeguards to protect ourselves and our relationships with others.

For those of you who are parents, John Stonestreet, President of The Colson Center shared on his podcast Break Point, “In their new book titled Treading Boldly Through a Pornographic World, authors Daniel Weiss and Joshua Glaser note that today's parents are the first in history to bring up children in such a digitally connected, pornography-saturated world. It's not that we've ever had a world without sexual brokenness or pornography, but the access to it is unprecedented. Sexually explicit material is fully integrated into mainstream life, as they put it. And it's also become culturally accepted and is far worse, more violent, and more degrading than it was just a few years ago.”

There is a spiritual war being waged on the minds of humanity. We must remember that greater is He who is in us than he who is in the world (1 John 4:4). Have open conversations with others. Share your story and background with discernment. Help keep friends accountable for protecting their eyes and minds. We are not defined by our sins but defined by Christ in us. Whether you have dealt with a pornography struggle or know someone who has, take hope. This might be a lifelong battle, but we have the victory in Jesus. 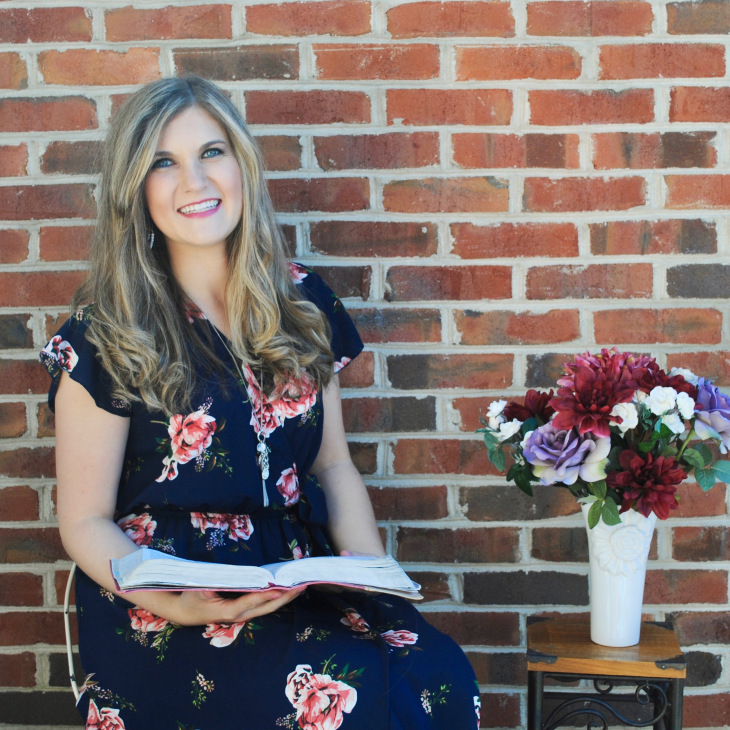 Emma Danzey’s mission in life stems from Ephesians 3:20-21, inspiring young women to embrace the extraordinary. One of her greatest joys is to journey with the Lord in His Scriptures. She is wife to Drew and they have been married for over a year. Drew and Emma serve with Upstate CRU college ministry in South Carolina. Emma is an avid writer for Salem Web Network and provides articles on the Bible, life questions, and on the Christian lifestyle. Her article on Interracial Marriage was the number 1 viewed article on Crosswalk for the year 2021. All the glory to the Lord! She has the joy of being the host of Her Many Hats podcast where she explores the many roles that women play while serving One God.

Emma enjoys singing/songwriting, fitness classes, trying new recipes, home makeover shows, and drinking tea! During her ministry career, Emma recorded two worship EP albums, founded and led Polished Conference Ministries, ran the Refined Magazine, and served in music education for early childhood. Currently, she is in the editing stages of her first published book on singleness. Emma also had the privilege of being a national spokesperson for Mukti Mission based out of India. Mukti has been working to restore shattered lives in India for over 120 years. You can view her articles through her blog at emmadanzey.wordpress.com and check out Her Many Hats podcast on Instagram @her_many_hats.

This content first appeared on BibleStudyTools.com and is used here with permission. To view the original visit: https://www.biblestudytools.com/bible-study/topical-studies/does-the-bible-have-anything-to-say-about-pornography.html