What Happened during the 7 Days of Creation?

Let's dive into the 7 days of creation. “The heavens declare the glory of the Lord” (Psalm 19:1). All of creation points to the glory and majesty of our great God. The seven days of creation recorded in Genesis reveal the very origins of the universe by the hand of our magnificent Creator.

The first day. God created time, space, and matter. He also created light and separated the light from the darkness. He called the light day and the darkness night (Genesis 1:1-5).

The third day. God ordered the landscape of the Earth by gathering all the water into one place and allowing the dry land to appear. God called the dry land earth, and the water He called seas. God then created the plant life on the Earth (Genesis 1:9-13).

The fourth day. God created the celestial bodies of our universe. He created the sun to govern the day, the moon to govern the night, and He also created all the stars (and planets). He arranged the stars, sun, and moon in such a way for us to keep track of the seasons, days, and years (Genesis 1:14-19).

The fifth day. God created all the birds and sea-dwelling creatures (Genesis 1:20-23).

The sixth day. God created all the land-dwelling creatures and then created mankind in His own image. God instructed mankind (Adam and Eve) to be fruitful and multiply. He also gave them dominion over the Earth (Genesis 1:24-31).

Does it Matter if the 7 Days of Creation Are Literal or Metaphorical Days?

The seven days of creation have generated much-heated debate, but does it really matter if a Christian believes the seven days are literal or metaphorical? Yes, it does matter. What God’s Word says and what it means matter because God’s Word is the ultimate authority over all things about which it speaks (Isaiah 40:8; John 10:35). Although a Christian’s salvation does not depend on the way they interpret the Creation account, this topic centers around an essential question: Who has the ultimate authority? Man or God? The common views held by secular scientists regarding the origins of the Universe heavily influence many Christian circles in the way they interpret the Creation account. Rather than accepting the straightforward, plain meaning of the account which clearly teaches God created the entire Universe in six literal, 24-hour days, many Christians have reinterpreted the clear meaning of the Creation account. This is done for appearance’s sake to satisfy the criticisms of secular scientists. There are three primary concepts that some Christians have forced upon the Genesis account to harmonize Scripture with secular science. All of them are false. This article will not be able to address each concept in-depth, but I will give some exegetical evidence from Scripture to show how none of these concepts are compatible with the Creation account.

Deep time. There are two ways this concept is applied to the Creation account. The first is the assertion each day represents a long period of time. The second way deep time is imposed on the text pertains to Genesis 1:1. There are scholars who attempt to detach this verse from the rest of the Creation account. They state it references an age that preceded the first day, which may have included Satan’s fall.

Response. The word used for “day” in the Creation account is the Hebrew word yom. Some have been quick to point out there are examples of when this word refers to an unspecified period of time as opposed to a 24-hour day. Although this is true, in the Old Testament, every time the word yom is preceded by a number or accompanied by the phrase “evening and morning,” it refers to a literal 24-hour day. In the Creation account, the word, yom is accompanied by both a number and the phrase “evening and morning.” It is clear the intended meaning the author of Genesis wants to communicate to the reader is that God made everything in six 24-hour days.

Regarding the supposed time gap which some claim exists between Genesis 1:1 and Genesis 1:2, it should first be noted there are no time indicators in the first two verses to suggest this. Such a notion is speculative and must be read into the text. Furthermore, Jesus provided implication Genesis 1:1 is included within the six days of creation. When asked about the lawfulness of divorce, Jesus answers, “Have you not read that He who created them from the beginning made them male and female” (Matthew 19:4) (Emphasis mine). The phrase from the beginning is not merely a reference to the beginning of humanity, but rather it is a reference to all creation itself. Jesus connects the sixth day of creation to the beginning. This makes perfect sense if the entire creation account in Genesis 1 happened in six literal days. On the other hand, this phrase makes no sense if there was a massive time gap between Genesis 1:1 and Genesis 1:2 since Adam and Eve would be far removed from the beginning.

Theistic evolution. This is the belief God used Darwinian Evolution to guide the development of life.

Response. Darwinian Evolution is not compatible with the Genesis account of creation.

First, the process of evolution is said to contain death and suffering as the various lifeforms evolved over time. The species which were fit for survival continued their existence and continued to evolve, while the species unfit for survival died off. If this were true, it would make no sense for God to view everything He made as “good” during the process of creation (Genesis 1:12, 18, 21, 25). Nor does it make sense He would call it “very good” when He finished (Genesis 1:31). All death is the result of Adam’s sin, it did not enter the world until The Fall in the Garden of Eden (Romans 5:12). Scripture clearly teaches the volatile nature of creation we witness today is the result of humanity’s sin; it was not this way when God created it (Romans 8:20-22).

Second, the very concept of one lifeform evolving into a different “kind” is neither biblical nor scientific. Genesis reveals God created all lifeforms to reproduce after their kind (Genesis 1: 11, 21, 24). Darwinian evolution teaches the opposite; one kind of lifeform gives rise to many different kinds. Every day we observe the demonstration of the biblical principle of reproduction; people produce people, dogs produce dogs, apple trees produce other apple trees, etc. No one denies the genetic variations which take place within each kind of lifeform, however, these changes are always confined within each kind and never result in one kind changing into another.

The poetic/allegorical approach. The third common approach to reinterpret Genesis is to assert the Creation account is poetry and was never intended to be taken literally. Instead, the author supposedly intended to communicate various theological truths via poetry. The poetic device, Hebrew Parallelism, is often cited in support of this view.

Response. Moses, who wrote the first five books of the Bible, did not address the Creation account as poetry. When God gave the commandment to the Israelites regarding their workweek (Exodus 20:8-10), He referenced the Creation account as the reason, stating, “For in six days the Lord made the heavens and the earth, the sea and all that is in them and rested on the seventh day” (Exodus 20:11). Notice God is not referencing a vague timetable for the Israelites to model their workweek after. The same Hebrew word, yom, which is used for the days in the Israelites’ week, is also used to describe God’s work during creation. The context makes it clear; God commanded the Israelites to work within the same timeframe He did during creation.

It is worth taking a moment to say that anytime this discussion is brought about, all Christians should be prepared to discuss such matters with love, grace, and patience toward one another. Loving one another is more important than making a point or winning an argument, but not at the expense of truth. We can love each other while standing firm on the authority of God’s Word. There are many well-meaning Christians who try to reinterpret Genesis because they do believe God’s Word is authoritative, but they also believe secular claims the origins of the Universe are irrefutable facts. Sadly, when we try to extend an olive branch to both sides, we only compromise the authority of God’s Word and yield to the word of sinful, fallible people. This is evident in the fact that we only try to adapt God’s Word to the claims of secular science, never the other way around.

The claims of “science” are not as authoritative as we are led to believe, especially in regard to the origins of our universe. Nobody refutes the scientific observations recorded under the present conditions of our world. The question of our origins, however, is not one science can answer. God created our universe under supernatural conditions which do not reflect its present conditions. The author of Hebrews makes it clear God created everything by the power of His word so that, “what is seen was not made out of things which are visible” (Hebrews 11:3) (Emphasis mine). The bottom line? People are fallible, God is not. Whenever there is a conflict between God’s Word and man’s word, the wise choice is to take God’s word over man’s (Proverbs 3:5-6). I know I have barely scratched the surface of this topic. For anyone interested in pursuing further answers, I would strongly encourage you to check Answers in Genesis.

What Happened on Each Day of Creation? 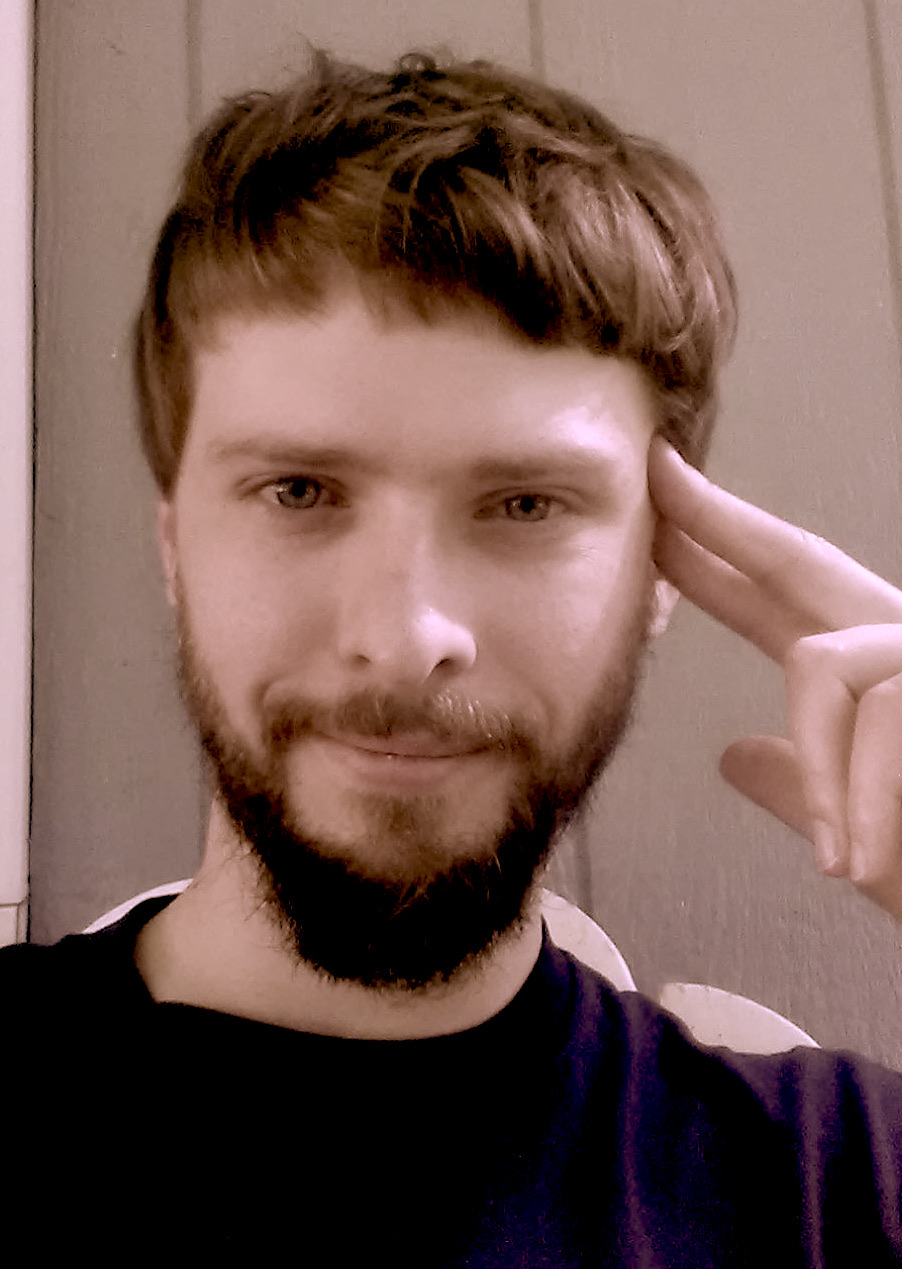 Stephen Baker is a graduate of Mount Union University. He is the writer of a special Scripture study/reflection addendum to Someplace to Be Somebody, authored by his wife, Lisa Loraine Baker (End Game Press Spring 2022).

He attends Faith Fellowship Church in East Rochester, OH where he has given multiple sermons and is discipled by pastor Chet Howes.

This content first appeared on Crosswalk.com and is used here with permission. To view the original visit: https://www.crosswalk.com/faith/bible-study/why-did-god-create-the-world-in-7-days.html

Getting Rid of Baggage in Marriage - Crosswalk Couples Devotional - September 22