Supporting Your Spouse through Family Conflicts
by Lynette Kittle

In reading the account of mankind’s first couple, Adam and Eve, have you ever wondered how Eve felt when God asked Adam what they had done, and he passed the blame of eating the forbidden fruit to her? Did Eve feel devastated, even betrayed, at his response? At the lowest point of her life, Eve may have felt totally deserted by Adam.

I’m guessing Eve must have felt very alone and afraid at that moment when her new husband didn’t support her before their Father. Like many new husbands and wives, Adam was afraid of losing His close relationship with God more than how his response would hurt Eve.

In your marriage have you faced a family situation where it seems like your husband or wife didn’t support you? Where you felt abandoned, like it was “them” against you? Times where it seemed like your spouse deserted you, leaving you feeling alone, like he or she doesn’t really love you?

Like Adam failed in his response by not supporting Eve and taking responsibility for their failure, husbands and wives sometimes disappoint each other, letting each other down during difficult family situations.

Television reality shows following real-life couples that marry and live as newlyweds, often highlight conflicts between new spouses and in-laws. Ones that cause a standoff between the new couple, with the new wife or husband wanting their new spouse to support their point of view in the situation over his or her family’s opinion. 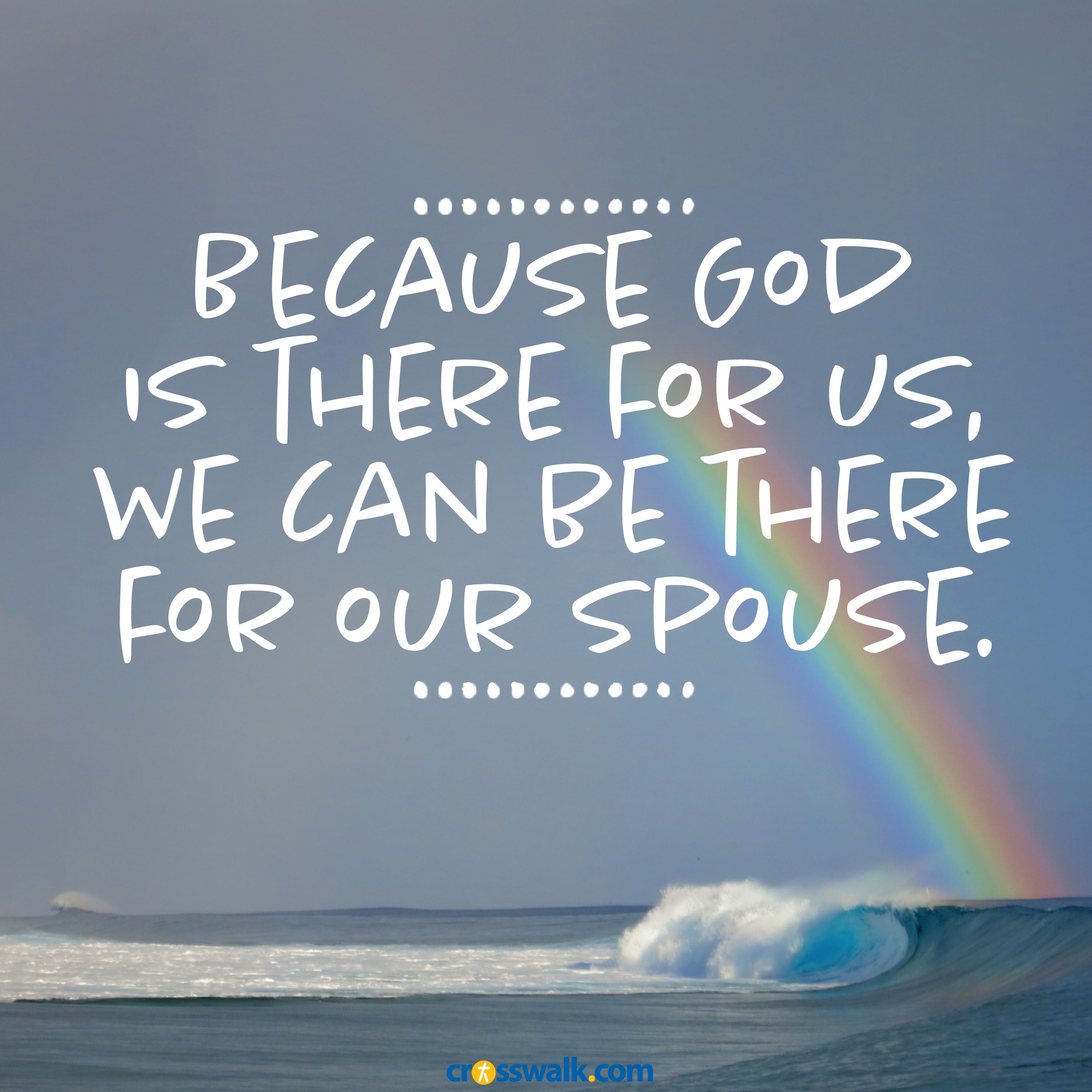 On one such show where a family conflict was causing serious problems in a couple’s relationship, a new husband asked his wife to say she was sorry to his family over a fight that occurred between their families. But she was unwilling, believing his family was in the wrong and it was up to them to apologize to her.

However, Philippians 2:3 urges to “Do nothing out of selfish ambition or vain conceit. Rather, in humility value others above yourselves.”

Rather than demanding our own way, we can consider how our spouse may be feeling the weight of the situation. We can choose to forgive and show compassion, realizing our spouse may feel afraid, not knowing how to handle or resolve the conflicts between family members.

As Ephesians 4:32 encourages, “Be kind and compassionate to one another, forgiving each other, just as in Christ God forgave you.”

Instead of requiring our spouse to choose between their family and us, or to say their family is wrong and we are right, or to prove they love us more than they love their family, we can choose to forgive. Colossians 3:13 encourages us to, “Bear with each other and forgive one another if any of you has a grievance against someone. Forgive as the Lord forgave you.”

Forgiveness is the key to resolving family conflicts, where we choose to value others as more important than ourselves, forgiving our spouse and our in-laws.

Lynette Kittle is married with four daughters. She enjoys writing about faith, marriage, parenting, relationships, and life. Her writing has been published by Focus on the Family, Decision, Today’s Christian Woman, iBelieve.com, kirkcameron.com, Ungrind.org, and more. She has a M.A. in Communication from Regent University and serves as associate producer for Soul Check TV.